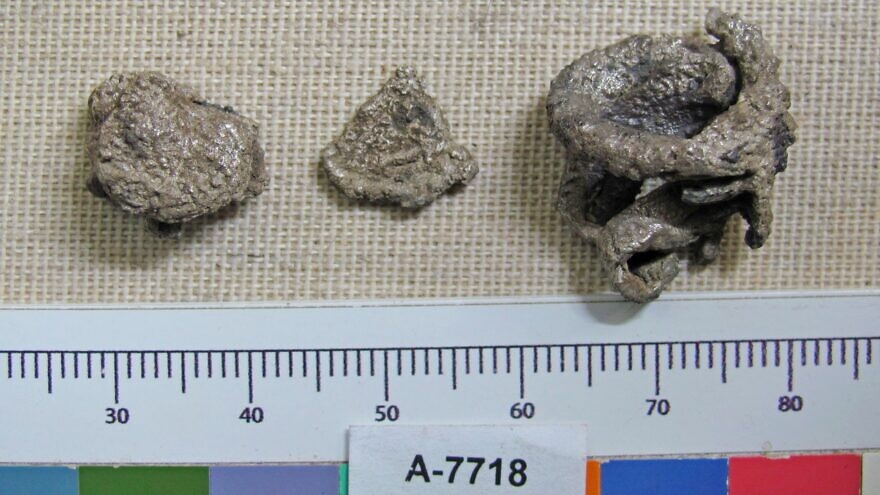 (January 8, 2023 / JNS) Israeli archaeologists announced on Sunday the discovery of the earliest evidence of silver used as currency in the Levant, an area including present-day Israel, Jordan, Lebanon, Syria and most of Turkey.

It is believed the silver relics, known hacksilber, a German term indicating they were cut to specific weights, originated in ancient Anatolia.

The silver hoards were unearthed during excavations in Israel’s Shiloh, Megiddo and Gezer, as well as Tel el-‘Ajjul in the Gaza Strip, and date back more than 3,600 years—to the Middle Bronze Age—or about 500 years before prior estimates, according to researchers from the University of Haifa and the Hebrew University of Jerusalem.

To identify their source, an isotopic test was performed and the results compared to the composition of ores of known origin, as well as to other silver objects.

That the pieces of silver were unpolished—suggesting that they were not used as jewelry or ornamental objects—and generally found together wrapped in cloth and kept in pottery, indicates they were used as a form of payment.

The discovery shows that cities across the Middle East engaged in more extensive trade than previously thought, paying for large purchases such as for land with silver.

One shekel is believed to have been equal to approximately 16 grams of silver.

The findings were published in the Journal of Archaeological Science.