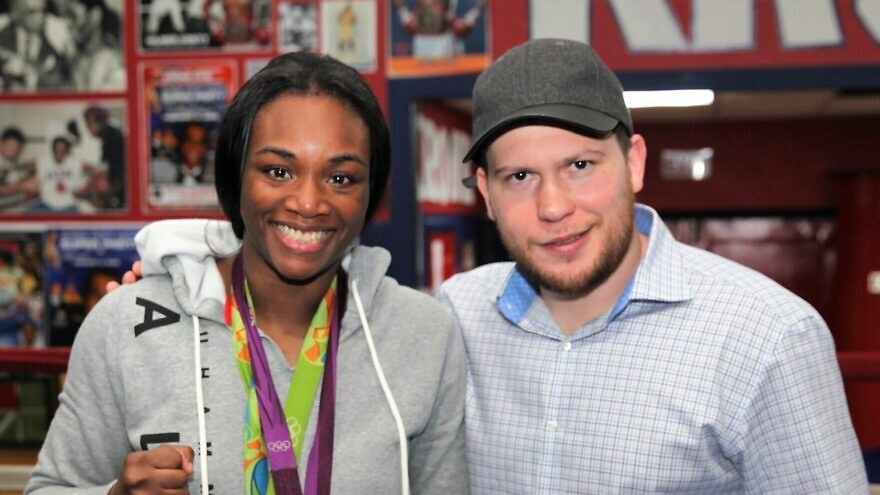 The former Brooklyn resident will join friends and fellow former pugilists Zab Judah and Paulie Malignaggi in being inducted into the New York State Boxing Hall of Fame on April 30. Salita’s name will be etched in history along with Jewish fighters such as Benny Leonard and Maxie Rosenbloom.

“As a Ukrainian immigrant coming to America to make my dreams come true and an Orthodox Jew who did not fight on Shabbos, it’s a great honor to know I’ll be inducted into the Hall of Fame with my friends Zab and Paulie,” Salita told JNS. “There were people that doubted I could succeed. I worked hard and I didn’t listen to anyone who said I couldn’t achieve my goals.”

Salita said he shares the honor with the late Jimmy O’Pharrow, the coach who trained him at the Starrett City Boxing Club in Brooklyn.

O’Pharrow once told this journalist that Salita was “disciplined and listened” and had a strong work ethic. He passed away in 2011 at the age of 85.

Salita said O’Pharrow was the greatest mentor he could have asked for and there was a great mutual respect.

“I learned a lot of lessons from boxing and I learned balance both in the ring and in life, not to get too high or too low and stay even,” Salita said. “I never let emotions control me inside or outside of the ring. I have to give credit to my coach Jimmy O. This award is for me and for him.” 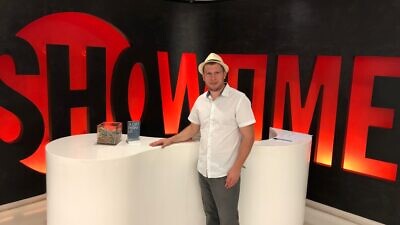 Dmitriy Salita will be inducted into the New York State Boxing Hall of Fame on April 30. Courtesy of Dmitriy Salita.

Salita said one of his goals was to show that Jews can be tough, which he backed up by winning the New York Golden Gloves (in 2001, at 139 pounds) and the WBF junior welterweight world title (in 2008) as well as other titles. Refusing to fight on Shabbos helped give him balance, he added.

In 2010,, Salita became a boxing promoter. He is the president of Brooklyn-based Salita Promotions. This past September, he was named Promoter of the Year by Ring 10 VBA, a nonprofit organization that helps former professional boxers in need of financial assistance.

One of his fighters, the undisputed female light middleweight champion Claressa Shields, is considered to be the pound-for-pound best female fighter by ESPN and The Ring magazine. She avenged her only loss—as an amateur—by beating Savannah Marshall in England. Shields is undefeated as a pro, and there will be a rematch between the two women.

“I didn’t expect to win Promoter of the Year at such a young age,” said Salita, 40. “I knew from the beginning that Claressa was a special fighter and a special person. I would love to see her fight in Africa or the Middle East. She is the [Muhammad] Ali, [Michael] Jordan, or whatever you want to say, she is the greatest.

Is Salita the first Promoter of the Year who has not cursed during a conference?

Salita saw promoting as a great opportunity after losing a title shot to WBA light welterweight champion Amir Khan in England in 2009. He founded Salita Promotions and said that rather than a detriment, wearing a yarmulke works in his favor because fighters respect authenticity.

Make no mistake. Salita is a nice guy but not a pushover. At a press conference in November for his fighter Jermaine Franklin, who was to fight British heavyweight contender Dillian Whyte, Whyte pushed Salita.

“I pushed him back,” Salita said. “I’m not gonna stand for that.”

Salita has a stable of more than 25 fighters, including heavyweight Otto Wallin who gave Tyson Fury, the current WBC heavyweight champion, a run for his money in a strong showing.

He said he is troubled by antisemitism, racism and any type of hate.

“I try to live by example, and I think people should treat each other fairly and with respect,” Salita said. “I think it’s important to be proud of who you are.”