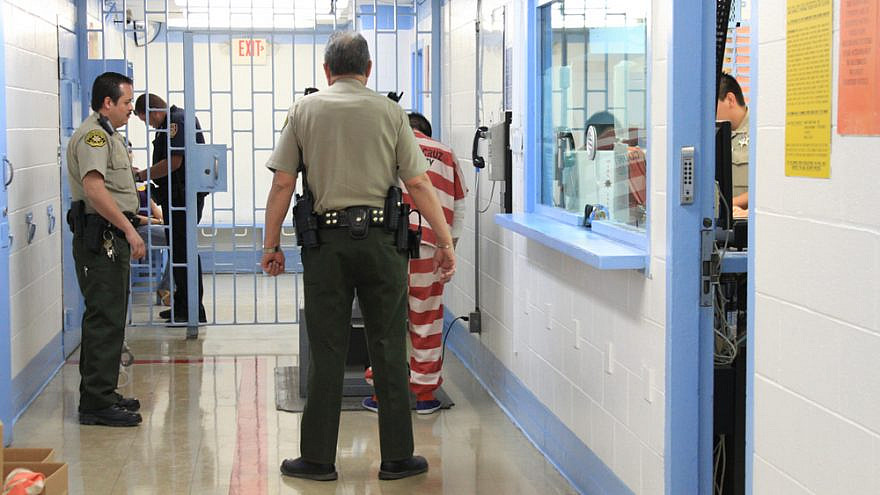 (June 9, 2021 / JNS) The American Jewish Committee condemned Arizona’s plan to reportedly execute death-row inmates using a poisonous gas made infamous by the Nazis during the Holocaust.

The state has purchased chemicals necessary to make hydrogen cyanide. It is for a gas chamber, disused for 22 years, which has been tested and “refurbished,” according to documents obtained by The Guardian through public records requests.

Zyklon B, a toxic gas from hydrogen cyanide, was used as a means of mass murder in gas chambers at Nazi concentration camps.

According to The New York Times, Arizona last executed someone with cyanide gas in 1999: death-row inmate Walter LaGrand, who took 18 minutes to die. Arizona currently has 115 inmates on death row but has not carried out an execution since 2014.

“Arizona’s decision to employ Zyklon B gas as a means of execution defies belief,” the AJC said in a statement on Monday. “While there can be no doubt about its effectiveness—the Nazis used it to kill millions of innocent Jews—it is that very effectiveness as an instrument of genocide that makes it utterly inappropriate for use by a civilized state in a proceeding sanctioned by the state and its judiciary.”

The AJC added that while the death penalty remains legally acceptable and “one must be prepared to accept some level of cruelty in the process,” there is still something “profoundly wrong” with a state being prepared to execute a prisoner using “a method of execution that inevitably, inextricably and forever linked to the worst outrages of human history.”

The Jewish group also said that “whether or not one supports the death penalty as a general matter, there is general agreement in American society that a gas devised as a pesticide, and used to eliminate Jews, has no place in the administration of criminal justice.”