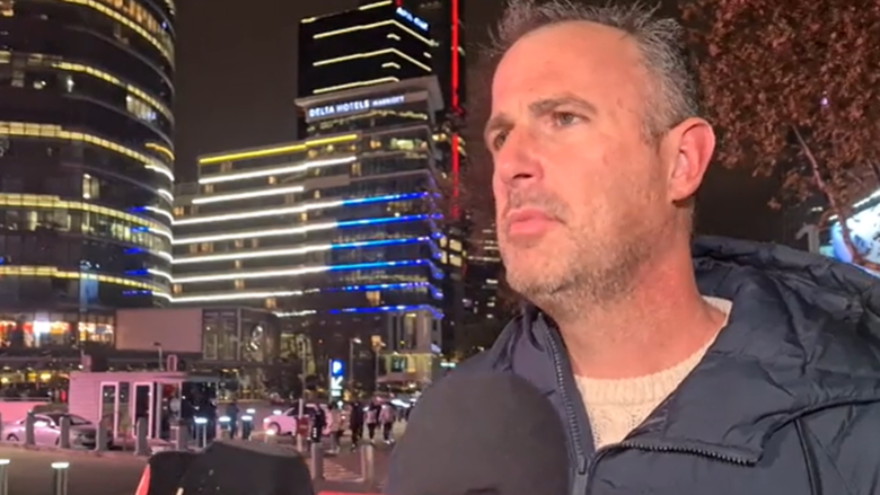 (November 17, 2021 / JNS) Attorney Nir Yaslovitzh, the lawyer representing Natalie and Mordy Oknin—the Israeli couple being detained in Turkey under suspicion of espionage for photographing President Recep Tayyip Erdoğan’s residence—submitted an appeal on behalf of his clients.

“The appeal was submitted today [Tuesday], and we are full of hope and faith that authorities in Turkey will find its weighty arguments compelling enough to accept,” Yaslovitzh told reporters.

During his meeting with Natalie, whom he called a “lioness” who asked about her children back home, she asked him to show Turkish authorities an ad campaign for the Egged bus company in which she and her husband took part, as proof that they have no ties to intelligence agencies—the charge for which the couple was arrested last week and is being held, each in a different jail.

He expressed doubt that the investigation would be over so quickly. He said that it’s a “mistake” for Israelis to be “holding a stopwatch,” because “that’s not how the system works [in Turkey].”

Describing Natalie’s prison conditions as “minimal,” Yaslovitzh said that she’s being held in solitary for her protection, but added that her situation was improving.

“She even got to receive some chocolate, a loaf of bread and a can of soda,” he said.

The husband and wife, both in their 40s, were in Turkey for a birthday celebration. They were arrested while taking pictures from the observation deck of Istanbul’s Küçük Çamlıca TV Radio Tower, asserting that they hadn’t known it was illegal to photograph the president’s residence.

Israel Hayom contributed to this report.