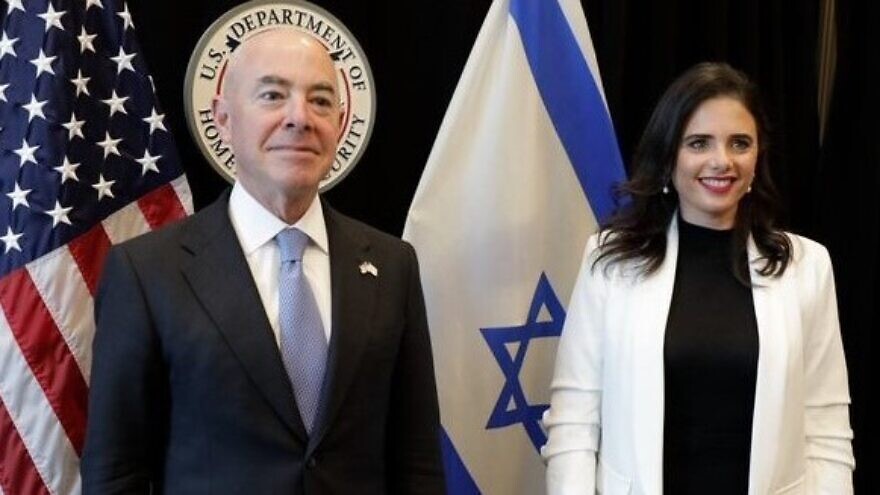 “We are both determined to promote the exemption from visas for Israelis, there are some obstacles but we will know how to overcome them. If we succeed, by early 2023, we will be able to say goodbye to the queues at the U.S. embassy,” Shaked wrote on Twitter.

On a tour of the United States, Shaked also met with lawmakers on Capitol Hill about ways to enhance the Abraham Accords, in addition to partnering with Israel on emerging technology and the Iranian threat.

Earlier this week, she also held a closed-door conversation at the American Section’s annual governing board meeting of the World Jewish Congress.

Topics at the Monday meeting included the rise of anti-Semitism in Europe and America; anti-Israel and anti-Jewish proliferation on university and college campuses; using Jewish education to strengthen Jewish identity; and methods of garnering more support for Israel at a time when it increasingly finds it targeted by the United Nations.

Shaked agreed on “the urgent need to train young Jewish leaders” and shared details about “several recent conversations she had with Jewish college students, which left her distressed about the state of anti-Semitism on campuses,” said the WJC.

The Israeli minister also recognized the obstacles that faced Diaspora Jews who wanted to visit Israel during the COVID-19 pandemic. “She reassured the audience that Israel is encouraging and expediting tourism, and aliyah [is being handled] in as safe and accessible a manner as possible,” according to the WJC.