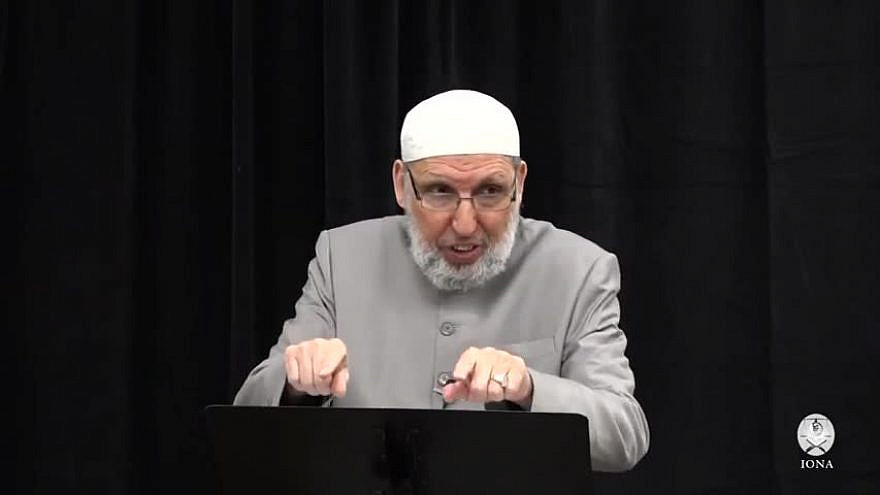 (March 14, 2021 / MEMRI) A Michigan imam said in a sermon earlier this month that Muslims should not be afraid to join hands with those who share the cause of recapturing Jerusalem, even if those individuals are Jews.

Imam Mustapha Elturk, Ameer of the Islamic Organization of North America (IONA) Elturk, said that while most Jews are disobedient to Allah, some Jews and Christians were, in fact, “doing the work for us.”

“Unfortunately and sadly, what was captured by [Caliph] Omar is now under the custody of the Jews, of the Zionists,” said Elturk, adding, “But inshallah, the Muslims will eventually take Jerusalem back.”

“Do not be afraid to join hands with like-minded people, be them—yes—Jews. There are Jews who are with you on this cause,” he said. “Yes, not all of them are bad,” he added.

Elturk immigrated to the United States from Lebanon during the Lebanese civil war and is active in interfaith initiatives in the Detroit area. On March 8, 2020, U.S. Rep. Ilhan Omar (D-Minn.) retweeted a video of Imam Elturk endorsing Sen. Bernie Sanders (I-Vt.) for president.