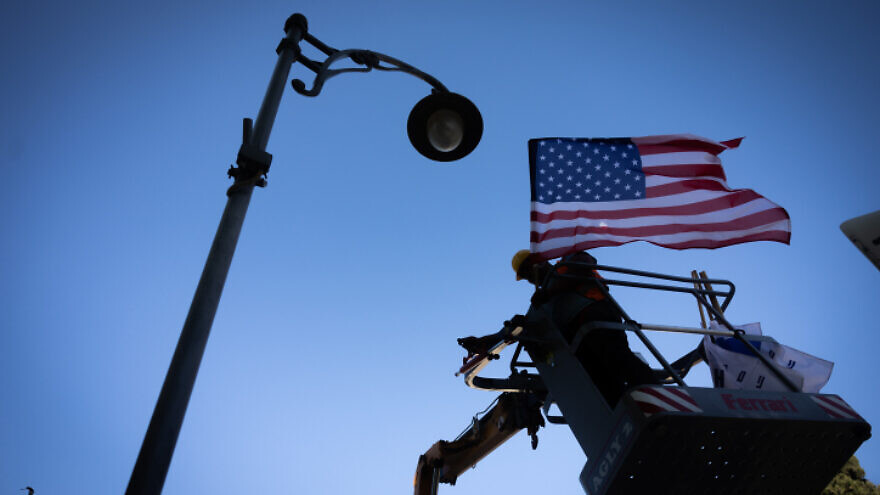 (July 11, 2022 / JNS) The Israel Police announced on Sunday the completion of its preparations ahead of Wednesday’s visit to Israel by U.S. President Joe Biden.

As part of its preparations for securing the visit, an operation dubbed “Blue Defender 3,” the police held a special drill simulating an accompaniment and securing of the presidential vehicle convoy.

“During the days of the visit, more than 16,000 police officers, Border Police officers and volunteers will be deployed … for security and to safeguard public order, as well as directing traffic during the state visit,” police said in a statement.

Biden is due to fly on to Saudi Arabia from Israel on Friday.

Police described the security operation as complex and involving multiple security organizations. It will focus on Ben-Gurion International Airport, Jerusalem and the main highways leading to the capital, according to the statement.

Specialized command posts will be in operation to allow effective command and control of the security operations, police added.

Disruption to traffic is expected between Wednesday and Friday in central Israel, on roads leading to Jerusalem and throughout Jerusalem itself. Changes in traffic routes will occur in the capital for limited periods, according to police.