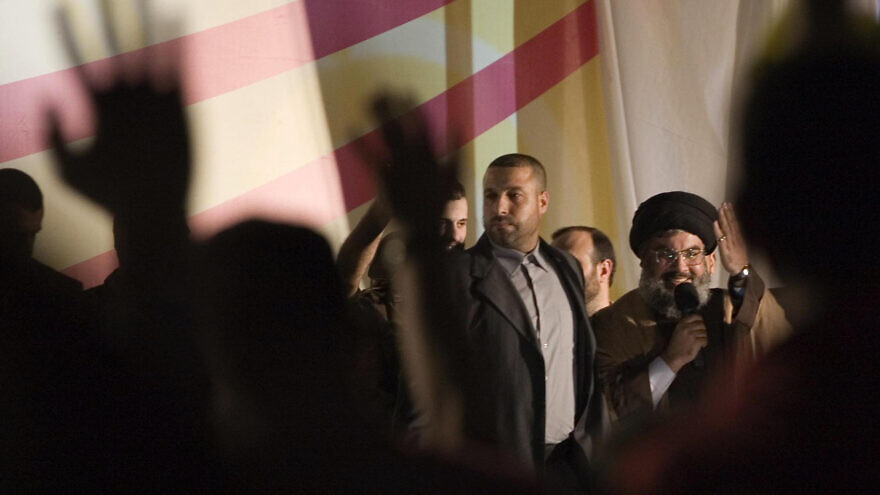 (July 13, 2022 / JNS) Hezbollah chief Hassan Nasrallah issued new threats against Israel on Wednesday evening in a televised speech that addressed Israeli-Lebanese negotiations over maritime borders, which also touch on Beirut’s attempt to gain access to part of the northern Karish gas field off the Haifa coastline.

Addressing Hezbollah’s attempt to send three unmanned aerial vehicles in the direction of the Karish offshore platform on July 2, which was intercepted by the Israel Defense Forces, Nasrallah said that “it was the first time ever that three drones together target Israel. We wanted the Israelis to shoot down the drones through warplanes and ships because we wanted to witness gunfire in that area.”

He also addressed compromise talks between Israel and Lebanon, conducted via the mediation of U.S. energy envoy Amos Hochstein, saying “there was positive progress, but it was not sufficient, and it did not meet the Lebanese state’s demands. We said that we will not stand idly by; we are following up on the developments. and we have the right to make any step at any time.”

In the July 2 incident, one of the UAVs was downed by an Israeli F-16 fighter jet, while the other two were intercepted by the INS Eilat missile corvette, according to the IDF. All three were shot down over the Mediterranean Sea, stated the Israeli military.

The UAVs flew at low speed and low altitude in an attempt to bypass Israel’s detection and interception systems.