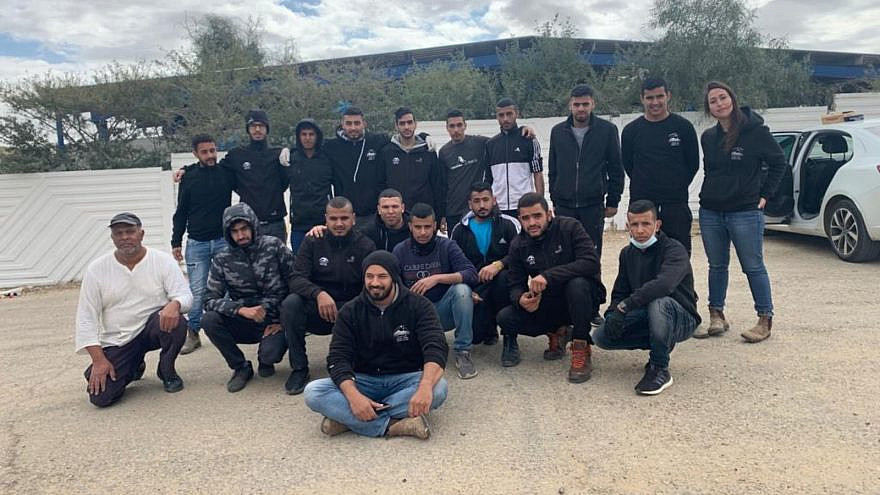 The Bedouin volunteers who fixed up a vandalized Jewish graveyard in the Negev. At left, in white, is Yochai, the cemetery’s caretaker. Photo courtesy of Desert Stars.
Republish this article
450 WORDS
Spread the word.
Help JNS grow!
Share now:

(January 25, 2021 / Israel21c) After two Bedouin teenagers bragged on TikTok about vandalizing a Jewish graveyard at Moshav Nevatim about five miles south of Beersheva in the Negev Desert, a group of about 20 young adults from a variety of Bedouin villages sprang into action.

Armed with paint and brushes, they headed to the cemetery the next morning—even though it was Friday, the Muslim Sabbath—and worked for hours to repair damaged tombstones, scraping and painting over hateful graffiti.

All these volunteers are recent alumni of Desert Stars, a nonprofit organization that creates a cross-tribal network of young Bedouin leaders in the Negev.

“Because they are connected to social media, they saw the post on TikTok, and soon, there was a message that went out on our alumni WhatsApp group,” said Desert Stars co-CEO Yousef Abu Jaffar. 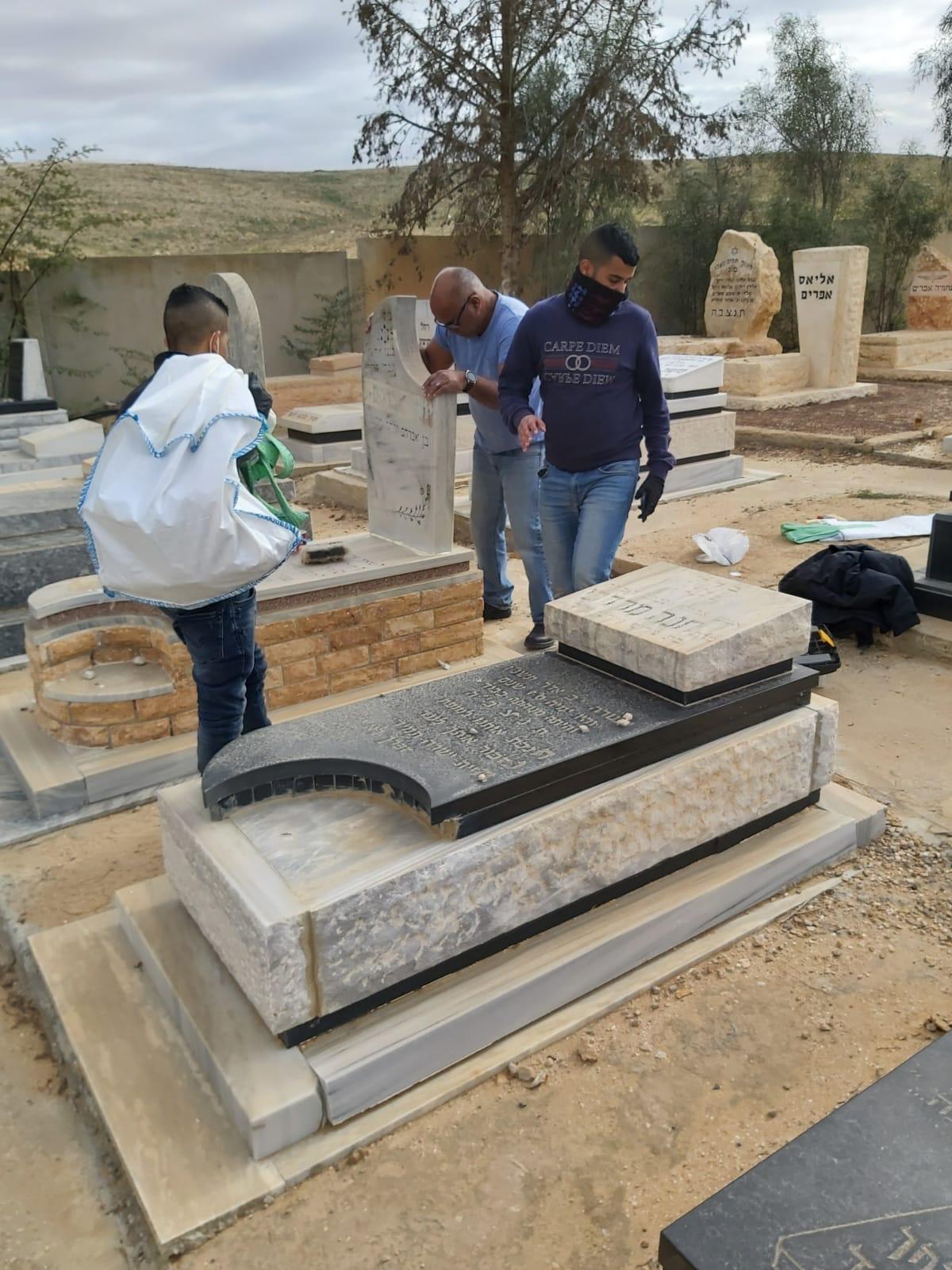 That was on the afternoon of Thursday, Jan. 14.

“They called me when I was on my way home, and by seven in the evening, everyone was ready,” said Abu Jaffar. “I said I would join them in the morning.”

When he got to Nevatim at 8 a.m. on Friday, with fresh bourekas for everyone, they were almost done with the fixup.

Several volunteers posted on Desert Stars’ Facebook page about why they decided to make a show of solidarity.

“Our actions are making a statement beyond the immediate impact,” wrote Saad Abu Ayad, an alumnus who now works as an instructor in the Desert Stars high school’s informal education program.

“We are sending a message here to both sides—to Jewish society but also inward to the Bedouin society—so that everyone will know that we condemn vandalism and that the youth of our society would see that such acts give them no prestige, but rather the opposite. We will not accept it, and we will not let such things slide.”

Alumni program manager Adam al-Assad bought the supplies the night before and brought them to the cemetery.

“We would like all of Israeli society that has heard about the vandalism to hear about the rectification as well,” wrote al-Assad.

“We feel that showing the beautiful face of Bedouin society is news that is just as important and that we can continue to spread a message of unity.” 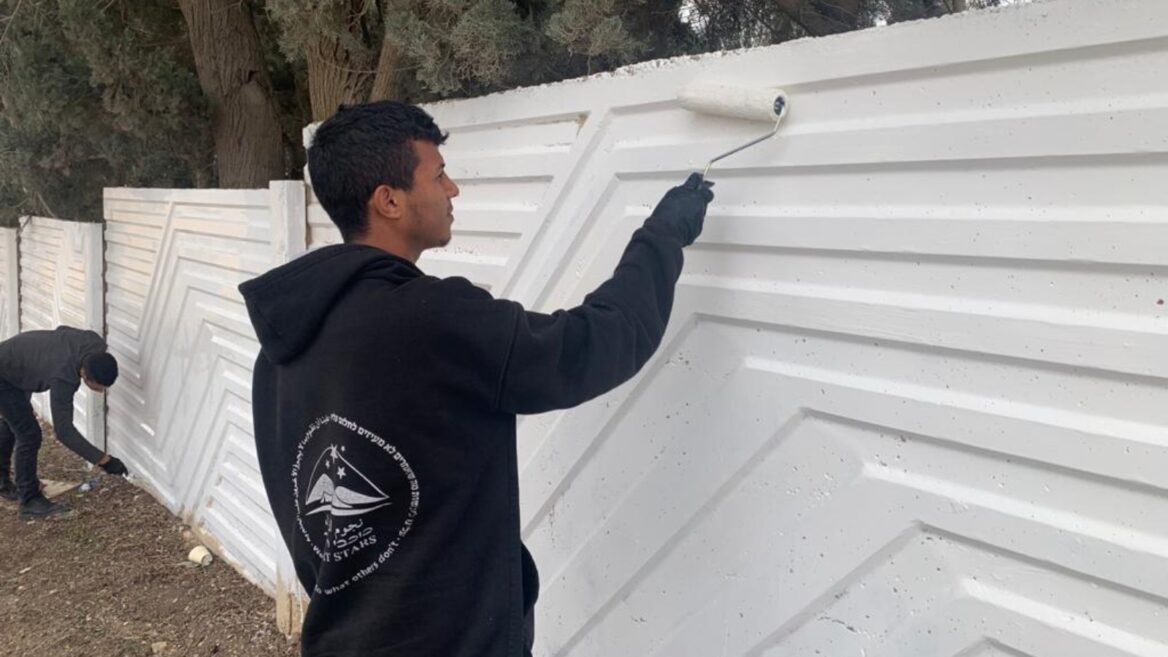 Abu Jaffar notes that the 20-somethings who volunteered came from different villages, and all have jobs or are continuing their studies. Approximately 250,000 Arab Bedouins live in nine Bedouin municipalities and dozens of herding and farming villages scattered throughout the Negev.

“We thought about 10 volunteers would come, and in the end, it was much more. They took the time to clean and paint and put everything right as well as they could.”