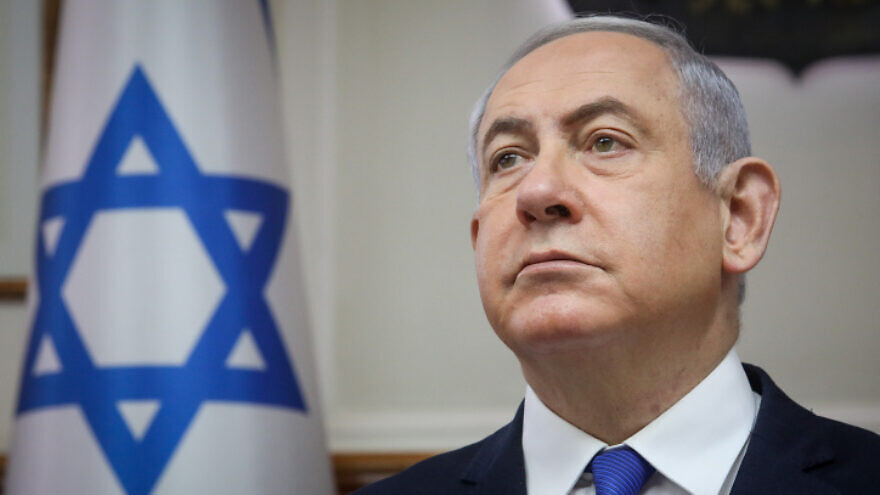 (January 21, 2020 / JNS) Ahead of the Fifth World Holocaust Forum this week in Jerusalem, Israeli Prime Minister Benjamin Netanyahu compared the Nazi genocide of the Jewish people to Iran’s nuclear program, warning that attempts to wipe out the Jewish people have not stopped since the Holocaust.

In a TBN television interview clip released on Tuesday morning, Netanyahu said that during the Holocaust “a third of the Jewish people went up in flames. There was nothing we could do.”

The lesson of Auschwitz and the murder of 6 million Jews, he said, is to “stop bad things when they’re small—and Iran is a very bad thing.”

Iran, said Netanyahu, is “not that small, but it could get a lot bigger with nuclear weapons, and I think the first thing is stop that.”

He added that “Iran openly declares every day that it wants to wipe Israel off the face of the earth. And, by the way, Israel has today a population of more than 6 million Jews.”

The second lesson of the Holocaust, said Netanyahu, is to “understand that the Jews will never ever again be defenseless in the face of those who want to destroy them.”

The prime minister also spoke of the “full frontal attack” on the Jewish people’s right to “live in their ancestral homeland, the land of Israel,” referring to the International Criminal Court’s announcement last month that it intends to investigate Israel for alleged war crimes committed in the West Bank, the Gaza Strip and eastern Jerusalem.

Netanyahu thanked U.S. President Donald Trump for speaking out against the ICC and urged viewers to do the same.

The interview will air in full on Tuesday evening.