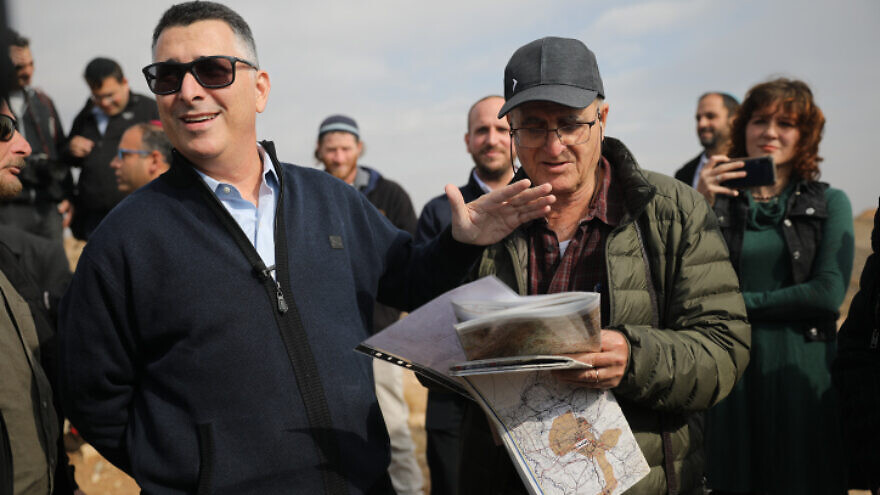 (December 10, 2019 / JNS) Likud Knesset member Gideon Sa’ar attacked Israeli Prime Minister Benjamin Netanyahu on Tuesday, saying the Likud leader would not be able to form a government even with a third round of elections.

A tentative date of March 2, 2020, has been set for Israel’s third national election within a year, after both Netanyahu, and Blue and White Party leader Benny Gantz, failed to form a majority government following Israel’s April 9 elections and Sept. 17 elections.

Sa’ar is currently seeking to challenge Netanyahu for leadership of the Likud Party.

“Netanyahu has no chance of forming a government, with all the prime minister’s rights and his many achievements,” Sa’ar said during a tour of Khan al-Ahmar, a Bedouin village Israel has long planned to demolish, according to a Ynet report.

“Even if, to our great regret, we do have an unnecessary third election, he will still not succeed in forming a government.”

Sa’ar dismissed any notion that he would abandon Likud should he lose his bid for the party leadership, saying “the Likud is my home. I am competing within the Likud.”

The party needed to put the focus back on the state and its citizens, he said, and not endless election campaigns.

“Our focus should be on the future of the state, its citizens, changing the fact that we are going from one election campaign to the next without any chance of forming a government,” he said, according to the report.