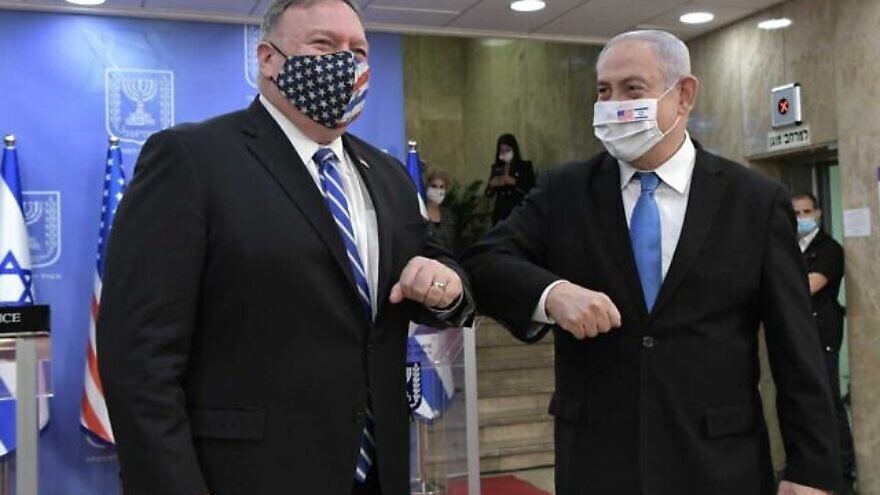 (November 23, 2020 / Israel Hayom) Israeli Prime Minister Benjamin Netanyahu made an unannounced trip to Neom, Saudi Arabia on Sunday to meet with Saudi Crown Prince Mohammad Bin Salman and U.S. Secretary of State Mike Pompeo, a senior official has confirmed to Israel Hayom. The official added that Yossi Cohen, the head of Israel’s Mossad intelligence agency, was at the meeting as well.

Riyadh has yet to officially comment on the reports of the meeting, which was arranged by U.S. Special Representative for Iran Elliott Abrams. The Israeli official noted that while Riyadh had initially agreed to the meeting’s occurrence being leaked to the media, the story broke sooner than planned.

The plan was to leak some of the details of the meeting over several hours, but once Israeli media reported that Netanyahu had abruptly canceled a planned Cabinet meeting, as well as images of the presumed flight path of the plane that took him and Cohen to Neom, the information was made public in its entirety.

Earlier Monday, Israeli intelligence website Intellitimes reported that a plane had departed Israel on Sunday afternoon for Neom, Saudi Arabia, where it remained on the tarmac for several hours before returning home. Although not Israeli, the plane had at one point been designated to fly Netanyahu to the signing ceremony of the Abraham Accords with the United Arab Emirates and Bahrain in Washington in September.

Both U.S. President Donald Trump and Netanyahu have in recent weeks said additional Arab states were interested in signing agreements with Israel. On Sunday, Pompeo said other Arab states could join the Abraham Accords. Saudi Arabia for its part has declared it would only enter into an accord with Israel once Jerusalem had signed a deal with the Palestinians.

Shimon Yaish contributed to this report.