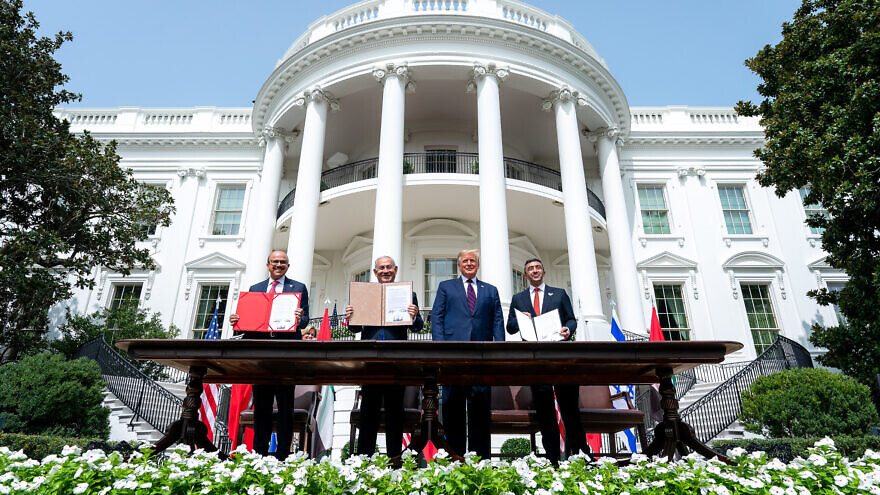 (December 25, 2022 / JNS) Prime Minister-designate Benjamin Netanyahu would suspend plans to annex parts of Judea and Samaria, commonly known as the West Bank in exchange for the normalization of relations with Saudi Arabia, according to a report over the weekend.

Talks are underway between Israel, the United States and Saudi Arabia to this end, Yediot Aharonot reported.

Netanyahu said he hopes to welcome Saudi Arabia into the circle of countries that have joined the Abraham Accords.

“I hope to bring about a full, formal peace as we’ve done with the other Gulf states like Bahrain and the United Arab Emirates,” he said during an interview with Jewish Insider on Dec. 23.

“This is a very important goal, because if we have peace with Saudi Arabia, we are effectively going to bring an end to the Arab-Israeli conflict,” he added.

Netanyahu noted that the Saudis have already taken steps showing that they are amenable to full normalization.

The Accords put paid to the idea that peace with the Palestinians must come first before a wider regional peace with Arab states would be possible, Netanyahu continued.

Israel’s “rising economic, technological, military and diplomatic power” made it possible to break out of the “Palestinian straitjacket,” leading Arab countries to view Israel as a potential ally and partner rather than as an enemy, he said.