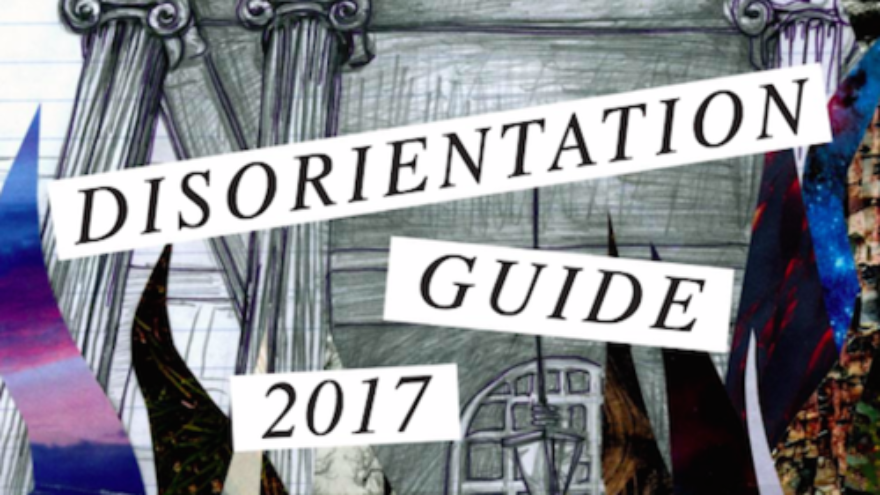 Jewish college students returning after their summer break are encountering a wave of swastika daubings and anti-Israel activity on campuses across the country—and there are signs the hostility may intensify in the weeks ahead.

The latest incidents coincide with a new campaign by pro-Palestinian activists to portray Israel as a “white supremacist country,” linking the Jewish state to accusations about white supremacist activity in the U.S.

At Tufts University, near Boston, a “Disorientation Guide”prepared by militant students for incoming freshmen accused Israel of “white supremacy” and promoted “Israeli Apartheid Week,” which the Tufts branch of Students for Justice in Palestine (SJP) holds each spring.

The guide also charged that when Jewish groups at Tufts sponsored a talk by the parents of Trayvon Martin—the African-American teenager shot in Florida in 2012—they were “exploiting black voices for their own pro-Israel agenda.”

SJP activists at Columbia University were among the authors of the Columbia edition of the “Disorientation Guide.” The guide brands Israel “an apartheid state” and encourages incoming students to join their campaign, “Columbia University Apartheid Divest.”

Meanwhile, New York University (NYU) students recently published a “Disorientation Guide” of their own, in which they accuse the university of “myriad racist, Zionist, and homophobic policies,” and call for ending NYU’s study abroad program at Tel Aviv University. The guide falsely claims “students of Palestinian descent, or Arab descent more broadly, are distinctly prohibited from studying at the Tel Aviv site.”

Jewish students at NYU can expect more tumult in October, when the university will host a 10-day run of “The Siege,” an anti-Israel play performed by a Palestinian theater troupe. The play portrays the Palestinian terrorists who took over Bethlehem’s Church of the Nativity in 2002 as heroic fighters who were unfairly forced to leave the church grounds.

Also in October, SJP will hold its national conference, hosted by its chapter at the University of Houston. One theme will be that both Israel and the U.S. are “settler-colonial states” that were “built on the ideals of white supremacy.” The SJP website reports that workshops will prepare students “to return to their respective campuses with the tools, connections, and motivation to build new campaigns or fortify work already underway.”

According to data compiled by the AMCHA Initiative, which combats anti-Jewish activity on U.S. college campuses, there has been a significant increase in such incidents since the new school year began.

Since late August, swastikas have been daubed on the campuses of Stanford, Georgetown, Washington State, Brandeis, Avila and Drake universities, as well as Bowdoin and Williams colleges. At the University of Maryland-College Park, there have been four swastika incidents in the past month.

Recent anti-Israel activity by SJP chapters around the country has included a display of BDS posters at the University of Georgia, a meeting at Northeastern University offering “non-apartheid related hummus,” and a line of activists chanting “hey hey, ho ho, the apartheid has got to go” in front of an anti-Israel mural at Eastern Michigan University.

At the University of Mississippi, a recent op-ed in the student newspaper compared the BDS movement to Rosa Parks and the African-American community’s boycott of buses in Alabama in the 1950s. The SJP chapter at the University of Massachusetts-Amherst last week sponsored a speaker who accused Israel of pursuing “ethnic cleansing” and “ethnic purity.”

Ironically, most Israelis themselves are “Jews of color,” noted Ron Krudo, director of campus affairs for the pro-Israel education organization StandWithUs, whose family comes from Iraq and Turkey. About 70 percent of Israelis were born in African countries, such as Egypt, Morocco and Ethiopia, or in Middle Eastern countries such as Israel, Syria and Iraq, and thus “would be considered ‘people of color’ in America,” Krudo told JNS.org.

Connecting Israel to white supremacy is an attempt by militants “to inject their pet hatred of Israel into whatever’s currently hot on campus,” said David Brog, executive director of the Maccabee Task Force, a network of pro-Israel activists on college campuses. Brog told JNS.org, “The campus left is now laser focused on claims of white supremacy, police brutality and anti-immigrant racism—so Israel’s campus detractors are changing their rhetoric, updating their slogans and aggressively inserting themselves into every new protest.”

Some campus extremists are targeting not only Israel, but also fellow students who support Israel, said AMCHA Initiative Director Tammi Rossman-Benjamin. “They are consciously trying to intimidate and isolate Jewish and other pro-Israel students,” she told JNS.org. “There is real reason to fear that these attacks could progress from demonization, to threats, to actual attempts to physically harm Jewish students or limit their rights to free speech or assembly. This trend is new and very worrisome.”

SJP activists at the University of Illinois at Urbana-Champaign (UIUC) recently issued a call to “smash fascism,” adding “there is no room for fascists, white supremacists, or Zionists at UIUC.” The declaration defended the use of what it called “violent resistance.” StandWithUs CEO Roz Rothstein called the remark “a clear physical threat” to Jewish students.

Supporters of Israel are encouraged that some university officials are beginning to recognize the connection between anti-Israel extremism and anti-Semitism. The University of California regents last year condemned “anti-Semitic forms of anti-Zionism,” and Robert J. Jones, chancellor of UIUC, last week denounced “anti-Semitic attacks hidden under the guise of anti-Zionist rhetoric,” following recent hate incidents on his campus.

Jones was “absolutely right,” but his statement “highlights how few administrators have demonstrated similar courage and clarity,” said Brog. “Most administrators have been too slow and too reactive. The academic year has just just started and students are worried. Now is the time for more administrators to lead by taking a similar stand against this hate.”