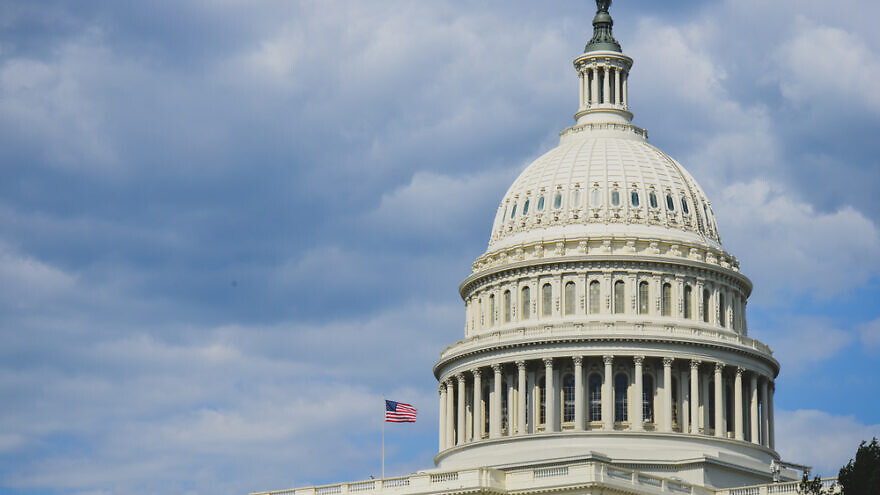 The legislation, which is 2,741 pages long, is the culmination of months of negotiations among both Democrats and Republican lawmakers.

Among the items included in the omnibus bill is $250 million for the Nonprofit Security Grant Program (NSGP), which provides grants to nonprofits to help fund security measures such as inspection and screening systems, physical barriers and the development of emergency-preparedness plans. Jewish leaders had urged Congress to increase the funding from $180 million to $250 million amid ongoing concerns over security at synagogues.

“From Pittsburgh to Charleston to Colleyville, we have seen how important Nonprofit Security Grants are for securing our community and other faith communities, which is why we are so grateful to Congress for increasing funding to unprecedented levels,” said Eric Fingerhut, president and CEO of the Jewish Federations of North America (JFNA). “We will work with bipartisan champions of this program to ensure that it continues to grow until there is enough funding to secure every synagogue, church, mosque and vulnerable nonprofit facility.”

The spending package also includes $1 billion in supplemental funding for Israel’s Iron Dome. Funding for the missile-defense system was approved by the House last September but has been held up in the U.S. Senate due to partisan gridlock.

In May 2021, the Iron Dome intercepted 90% of the more than 4,000 rockets indiscriminately fired by the Iranian proxy Hamas at civilian populations throughout Israel. As Israel’s Iron Dome stockpile was used, Iran-backed Hezbollah’s arsenal of 150,000 missiles continues to threaten Israeli civilians from the north.

As such, pro-Israel groups have urged the passage of the supplemental funding in addition to reauthorizing $500 million in missile defense funding as part of the annual U.S. military aid package to Israel.

The spending package also includes $6 million for the Holocaust Survivor Assistance program, a public-private partnership between the Department of Health and Human Services Administration for Community Living, JFNA, and community-based health and supportive services providers to better address the unique needs of the country’s aging Holocaust-survivor population.

“We’re grateful to see so many priorities of importance to the Jewish community included in this bill, whether increased funds for nonprofit security grants to ensure our communities are safe, increased funds to support Holocaust survivors, the elderly, and the disabled community, money to help Israel secure herself or support for Ukrainian refugees,” Elana Broitman, JFNA’s senior vice president of public affairs told JNS. “These items are a reflection of Jewish values not only because they are priorities for our community, but because they serve other faith communities and minority groups, as well as our country’s most vulnerable populations.”

The Orthodox Union also welcomed the bill’s passage, including the increase in the NPSG program.

“It is our duty and obligation as Jews to do all we can to ensure that we safeguard our community in America and around the world in this time of great need. The provisions in this federal legislation will go a long way toward protecting our communities in the United States and in Israel and will provide relief to those suffering in Ukraine. We thank our elected leaders for this important work on behalf of so many, and we urge all parties to bring these measures to fruition without delay,” said Orthodox Union President Mark (Moishe) Bane.