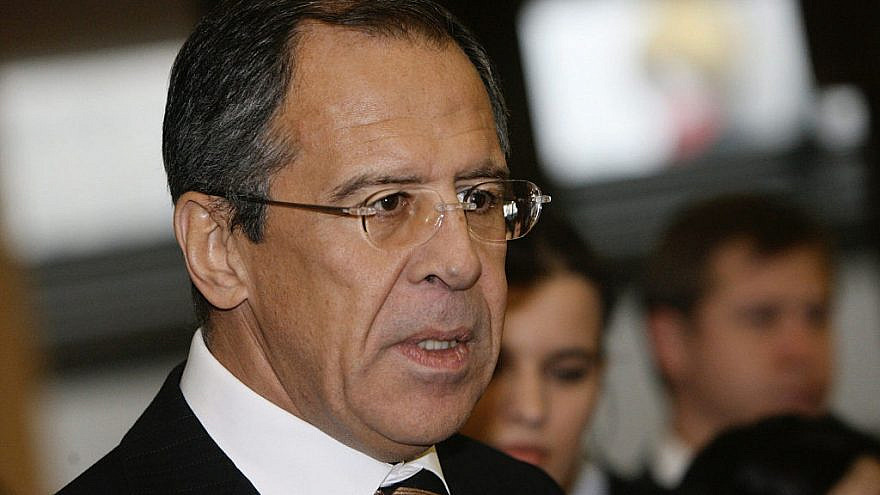 (December 15, 2020 / Israel Hayom) “Normalization between Israel and the Arab states does not mean a resolution to the Palestinian issue must become a second priority,” Russia’s Foreign Minister Sergey Lavrov said in a meeting with his United Arab Emirates counterpart Sheikh Abdullah bin Zayed al-Nahyan in Russia on Monday.

“We are united in our opinion with the United Arab Emirates on the Palestinian issue. The normalization of Israel’s ties with Arab states is gaining steam. Overall, this is, of course, a positive phenomenon because it eliminates long-standing disputes and establishes channels of cultural and legal communication,” said Lavrov.

However, he emphasized that Russia has always claimed that the Palestinian process cannot be pushed back “to a second priority and forgotten.”

He reiterated that the Palestinian issue must be solved on the basis of existing U.N. resolutions that should include the establishment of an independent Palestinian state to be established alongside, and in peace and security with, the State of Israel.

According to Lavrov, during their meeting, the UAE foreign minister had confirmed this had also been his country’s position during talks to normalize ties with Israel. Lavrov emphasized that the international community needed to help to kickstart direct talks between the Palestinians and Israel.

To that end, he said, Russia has repeatedly proposed renewing the work of the Quartet—representatives from Russia, the United States, the United Nations and the European Union. Lavrov added that Moscow saw a need to share the Quartet’s efforts with Arab League representatives. The Russian foreign minister said he had recently spoken with his UAE counterpart about establishing a quartet of Arab nations that would include Egypt, Saudi Arabia, Jordan and the UAE.

“I believe that we can and should combine the efforts of the international quartet with the Arab quartet to be established in order to agree to the conditions for renewing direct negotiations between the Palestinians and Israel,” he said.