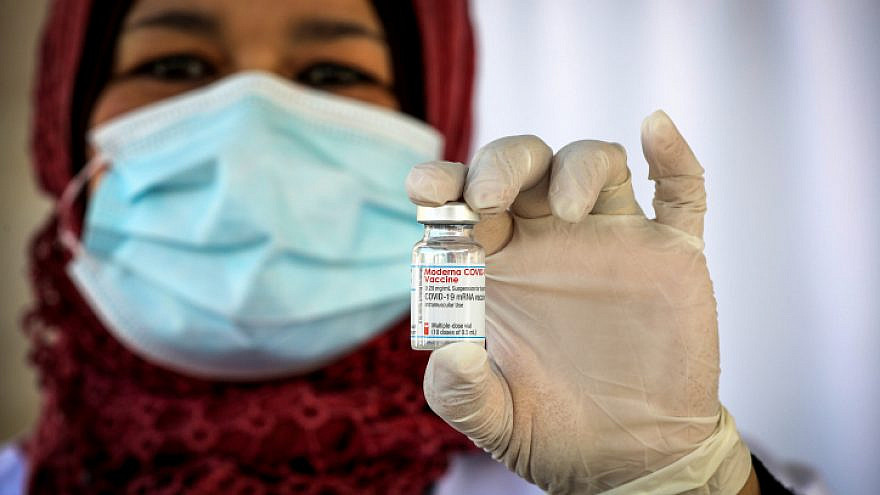 (March 4, 2021 / JNS) The Palestinian Authority on Tuesday denied accusations that its vaccine rollout plan was based on cronyism and lacked transparency. The finger-pointing was raised in a letter sent by the Palestinian Independent Commission for Human Rights to P.A. Prime Minister Muhammad Shtayyeh on Monday.

The ICHR, established by PLO chairman Yasser Arafat in 1993, stated in the letter that it had “documented cases where the vaccine was administered based on mediation and personal relationships, without a justified medical priority,” according to Reuters. The ICHR also said it had monitored cases of “officials assisting their relatives in obtaining the vaccine, without any medical justifications that would give them this priority.”

The P.A. Health Ministry said in a statement that 10 percent of its 12,000 COVID-19 vaccine doses had been administered to the Palestinian national soccer team, government ministers, presidential guards and members of the PLO Executive Committee. A further 200 doses, it said, had been sent to the Jordanian royal court as per a request from Amman.

However, the ministry insisted that the other 90 percent of the vaccines had gone to health workers treating COVID-19 patients in intensive-care units and emergency departments, and to Health Ministry workers. Further, the ministry stated that the distribution was justified since soccer players and election officials needed to travel abroad, and government officials and security personnel were in contact with P.A. leader Mahmoud Abbas, who at 85 and with health complications is at high risk from the disease.

However, the ICHR charged that the P.A. had released “no clear, specific and transparent information” about the limited number of vaccines available to Palestinians or how they were distributing them, including “who enjoyed priority and the oversight mechanism for that.”

The group further urged that priority should be given to the most vulnerable groups, particularly the elderly and those with chronic diseases.

To date, Palestinians in Judea and Samaria, and the Gaza Strip, have received 34,700 vaccine doses, all of which have been donated by Israel, Russia and the United Arab Emirates, according to Reuters.