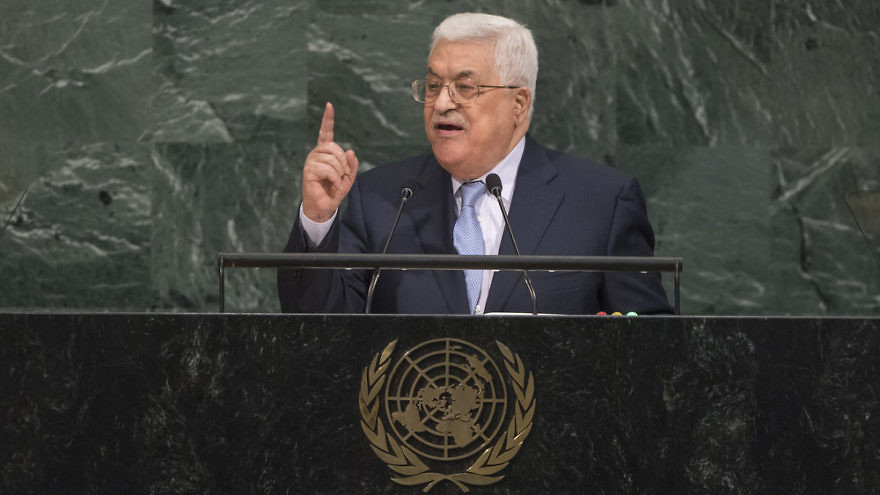 “I saw his tweet which said that ‘We will not give aid to the Palestinians because they refuse to relaunch negotiations,’” Abbas stated, then added, “May your house be destroyed.”

Abbas called Trump’s policy change on Jerusalem a “slap in the face” and warned that the Palestinians “will slap back.”

“Trump took Jerusalem off the table with a tweet,” said Abbas. “The status of Jerusalem is like Mecca. Nothing is more important than Jerusalem.” Abbas also said he would not give up on efforts to declare a Palestinian capital in Jerusalem, and that he would not accept proposed plans for a capital in neighboring Abu Dis or in Ramallah, the current de facto capital of the PA.

“We won’t take orders from anyone. We told Trump we will never accept his [peace] plan. His deal of the century is the slap in the face of the century, and we will not accept it,” Abbas said.

Abbas reiterated support for a solution of “two states…according to international legitimacy and the Arab Peace Initiative, the State of Palestine along 1967 borders.” He claimed that “Israel ended [the] Oslo [peace process],” adding, “I am saying that Oslo, there is no Oslo.”

Abbas alleged that Jewish settlement in Israel is a European and Zionist conspiracy, stating that Israel is “a colonial project that has nothing to do with Judaism.”

Responding to the speech, Israeli President Reuven Rivlin told leaders visiting Israel from the American Israel Public Affairs Committee, “What we heard yesterday from Mahmoud Abbas was terrible. To say Israel is the result of a Western conspiracy to settle Jews in land belonging to Arab populations? To say that that the Jewish people has no connection with the land of Israel? He forgot many things, and said exactly the things that led him to be accused years ago of anti-Semitism and Holocaust denial.”