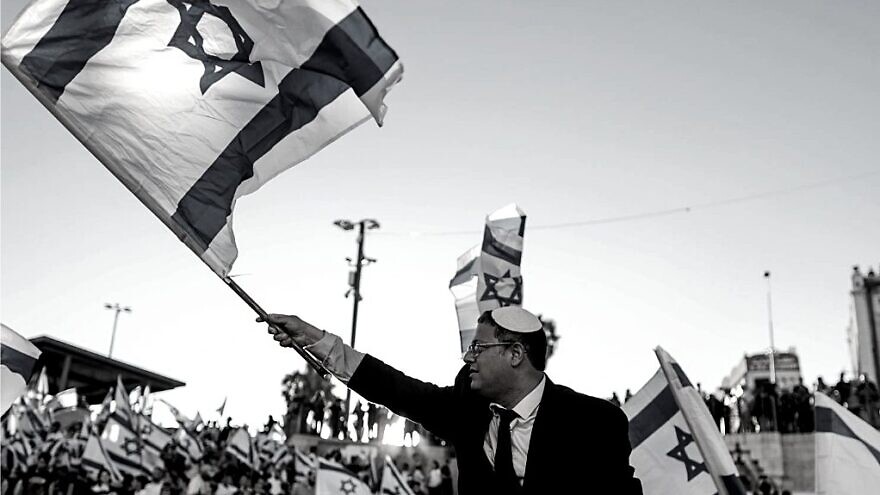 (January 2, 2023 / JNS) High-ranking members of the Israel Police, including Police Commissioner Yaakov Shabtai, will discuss on Monday a request by National Security Minister Itamar Ben-Gvir to visit the Temple Mount in Jerusalem, according to Israeli media reports.

Ben-Gvir, who as National Security Minister is in charge of the police force, had previously informed authorities of his intent to visit the Mount on Tuesday or Wednesday, according to the reports. That the development was leaked could indicate a desire on the part of police to torpedo the move over fears of Palestinian violence, the reports added.

A longtime advocate for Jews being allowed to freely visit and pray at their holiest site, Ben-Gvir vowed on the campaign trail to change the existing “status quo” preventing them from doing both.

Currently, Jews can only visit the Mount during short windows of time, and are prohibited from worshiping so as to not upset Muslims, who regularly riot at the site.

“Regarding the schedule, I promise to update when I ascend. Until then, I would love for the news broadcasts to open every evening with the question of when I intend to go to the Temple Mount,” he added.

Ben-Gvir on Sunday held his first official meeting with Police Commissioner Shabtai. It followed the widely expected departure from the Public Security Ministry of its director general, Tomer Lotan, who after meeting with Ben-Gvir “agreed on the termination of his position” due to ideological differences.

Ahead of its inauguration last Thursday, Israel’s new government published a list of policy guidelines that includes maintaining the status quo on issues of religion and state that has been in effect for decades, including with regard to the holy places.

The guidelines outline the government’s desire to “preserve the Jewish character of the state and the heritage of Israel,” while “respecting the practices and traditions of members of all religions in the country in accordance with the values of the Declaration of Independence.”

It also reinforces a commitment to strengthening the status of Jerusalem, which by law is Israel’s unified capital.

“If people want to get into a conflict with us, we’re quite prepared,” Abdullah said in an interview with CNN. “I always like to believe that let’s look at the glass half full, but we have certain red lines…. And if people want to push those red lines, then we will deal with that,” he added.

Jordan has since 1967 been the custodian of holy sites in the Israeli capital’s Old City, including the Al Aqsa Mosque that sits atop the Temple Mount.

“We have to be concerned about a next intifada,” Abdullah said, adding: “If that happens, that’s a complete breakdown of law and order and one that neither the Israelis nor the Palestinians will benefit from. I think there is a lot of concern from all of us in the region, including those in Israel that are on our side on this issue, to make sure that doesn’t happen.”

A spokesman for Palestinian Authority leader Mahmoud Abbas said last week the Israeli government’s policy agenda constituted a “dangerous escalation.” Nabil Abu Rudeineh issued a veiled warning that there would be ongoing violence unless a Palestinian state was created, according to the official Palestinian Wafa news agency.