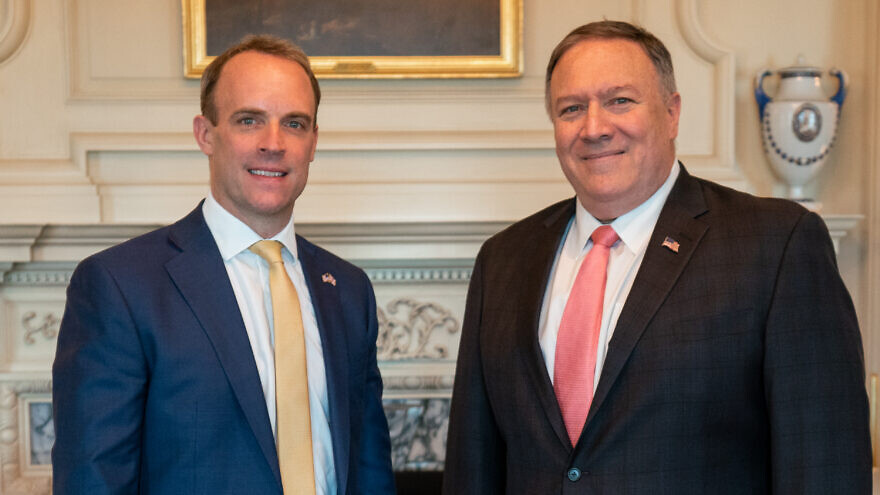 The two discussed the Trump administration’s Israeli-Palestinian peace proposal, according to a U.S. State Department readout.

Pompeo and Raab also discussed the Iranian threat, including its “destabilizing influence” in the Middle East.

As a result of the failed resolution, the United States last week enacted the mechanism to enact U.N. snapback sanctions, which includes permanently extending the arms embargo. This was done in accordance with a 2015 U.N. Security Council resolution that endorsed the Iran nuclear deal that year, which the United States withdrew from in May 2018, reimposing sanctions lifted under it and enacting new penalties against the regime.

Earlier on Monday, Pompeo met with Israeli Prime Minister Benjamin Netanyahu to discuss the historic U.S.-brokered agreement to normalize relations between Israel and the United Arab Emirates, the Iranian and Chinese threats, the possibility of other Mideast countries following the UAE and normalizing relations with Israel, and the possibility of Washington and Jerusalem collaborating to find a vaccine to treat coronavirus.