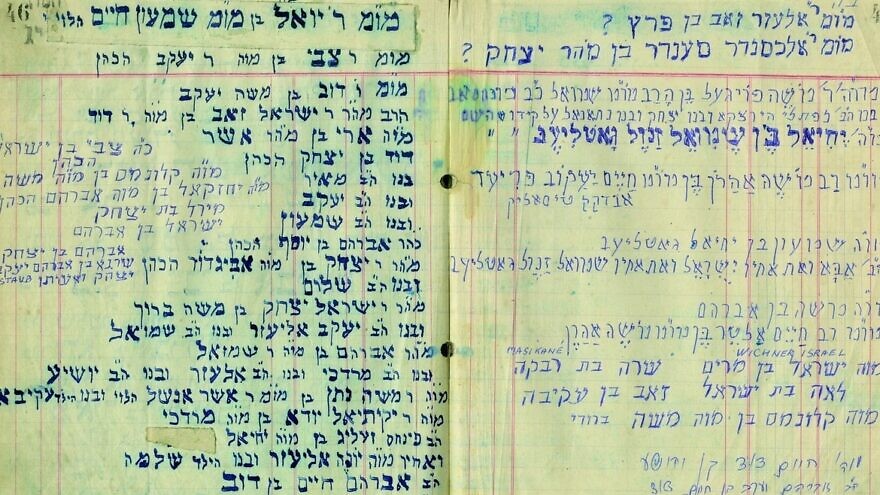 (September 6, 2021 / JNS) The Hungarian Jewish Museum and Archives (HJMA) and the National Library of Israel (NLI) are proud to announce the joint purchase of seven documents from the 19th and 20th centuries, related to Jewish life in what is now Hungary.

These documents include thousands of birth, death, marriage and other records from six different Jewish communities, including a number pertaining to prominent Hungarian Jewish figures, and many from the Holocaust period immediately prior to the Nazi occupation and following the war.

Not yet digitized or available elsewhere, these documents will present valuable contributions to historical and genealogical research.

After appearing in the catalog of a Jerusalem auction house in August, the items were removed from auction at the request of activists and organizations dedicated to the preservation of Jewish heritage. 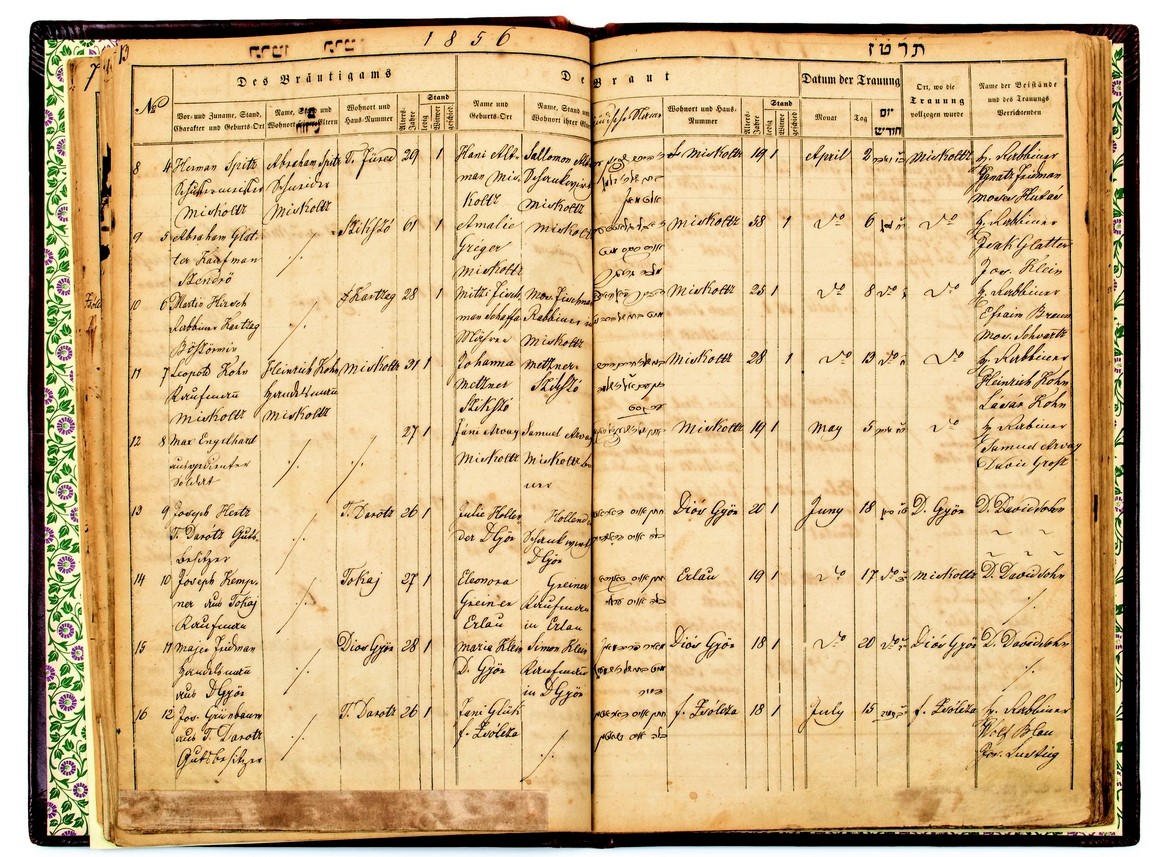 Following the joint purchase, the NLI and HJMA have committed to digitizing and making high-resolution scans of these documents freely available on the Internet, as well as preserving the originals under the highest standards of archival storage.

The National Library of Israel and the Hungarian Jewish Museum and Archives share a commitment to public ownership of Jewish and European heritage. 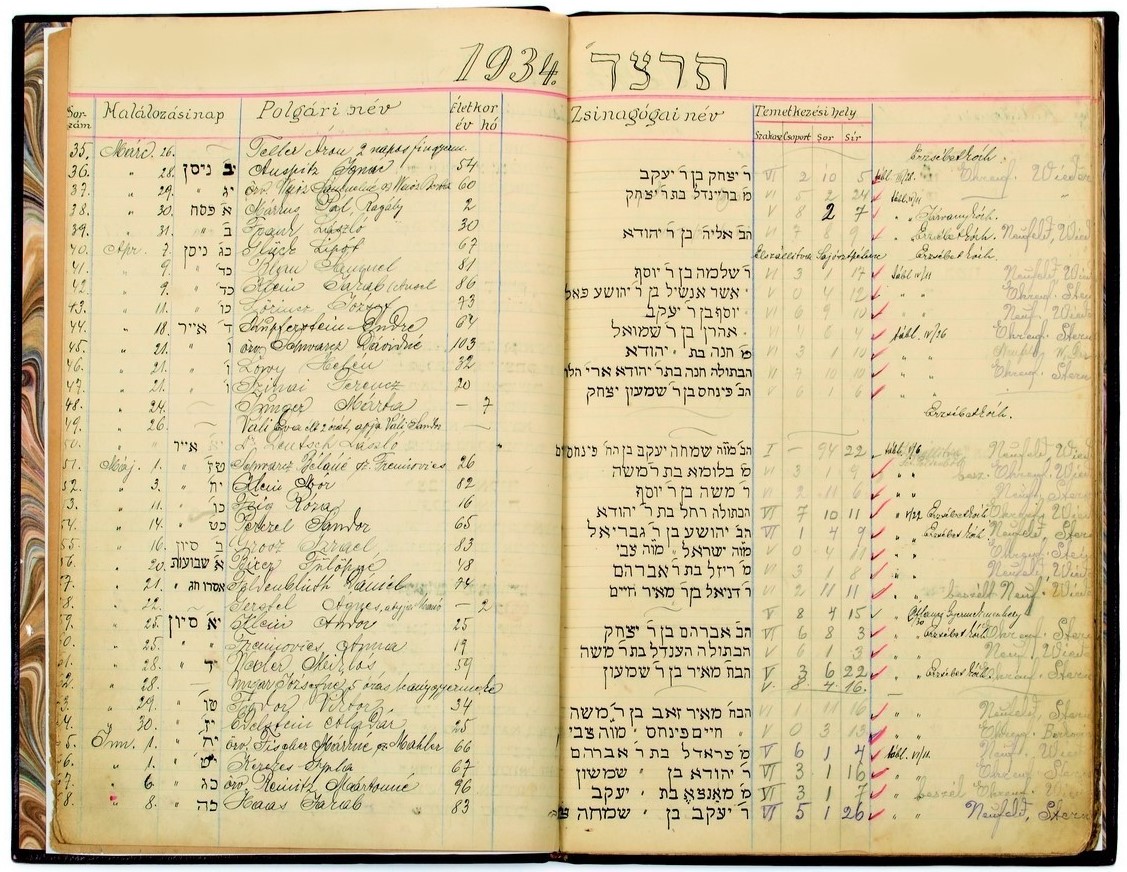 Burial Society Records, Mishkoltz (Hungary), 1934-1942. Courtesy: The National Library of Israel.
Republish this article in your newspaper or website