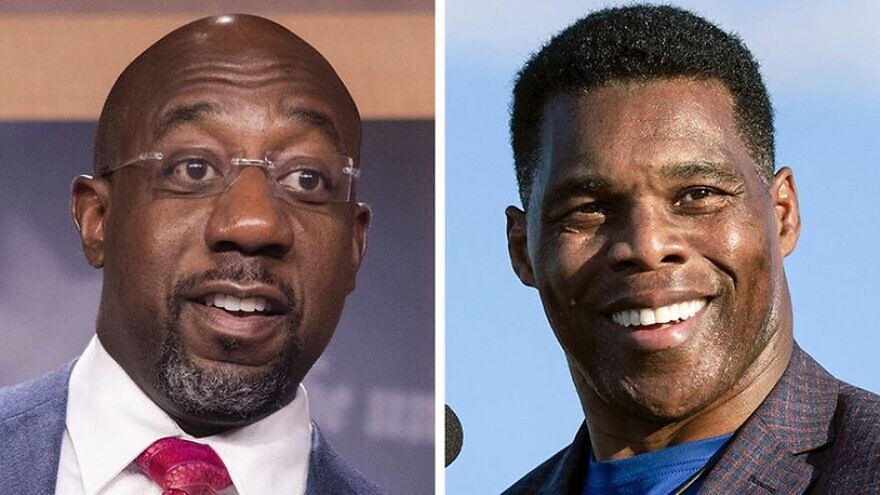 Warnock has been re-elected to a full six-year term, giving the Democrats a 51-49 Senate majority. This makes the 2022 midterm the first election since 1934 in which the party in power did not lose a single Senate seat.

“Thank you Georgia. We did it again.” Warnock tweeted on election night.

This was the second election in a row which went into a runoff, after neither candidate secured enough votes to meet the threshold to win the seat.

Both Warnock and Walker were endorsed by pro-Israel organizations along partisan lines, with the Republican Jewish Coalition (RJC) endorsing Walker and holding fundraisers for him.

The Democratic Majority for Israel (DMFI) PAC endorsed Warnock, citing his pro-Israel record, despite him also being endorsed by J Street PAC and his past comments praising antisemite Louis Farrakhan.

According to Open Secrets, the Senate Majority PAC has spent a total of $52.5 million in support of Warnock and against Walker, including $15 million in the three weeks since the election. Most of the money went towards ads highlighting accusations of domestic violence by Walker’s ex-wife.

The Senate Leadership Fund has spent $53.7 million on the race, including $15.3 million during the runoff. Their ads criticize Warnock for going along with President Joe Biden’s agenda, which includes accusations of reckless spending and promoting inflation. The fund also attacked Warnock for filing eviction notices against low-income residents of an apartment building he is tied to.

Warnock has raised a total of $150.5 million through Nov. 16. This is over three times more than the $58.3 million Walker’s campaign raised that same period and more money than any other candidate for federal office during the election cycle.

Despite getting help from recently re-elected Republican Governor Brian Kemp, Walker’s failure to match Kemp’s performance has been mostly attributed to his personal controversies and his support from former President Donald Trump.