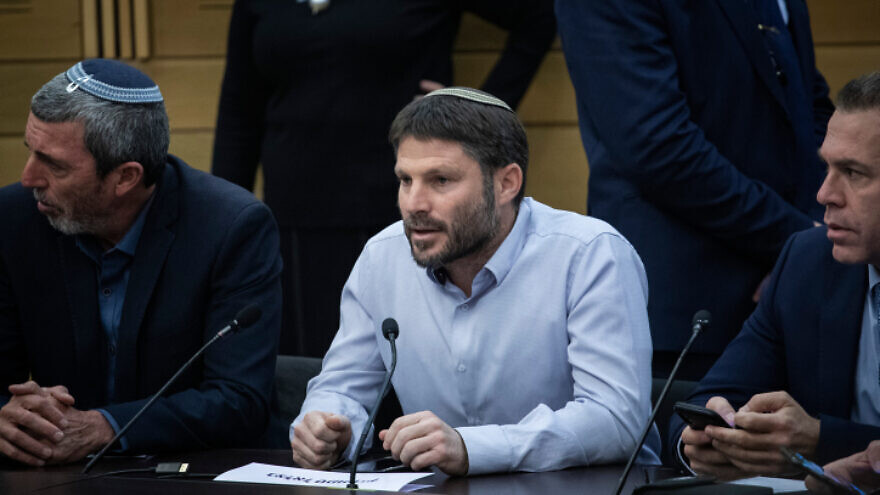 “Based on the prime minister’s commitment that he will form a right-wing government that will safeguard Israel’s Jewish identity, bolster the Judea and Samaria settlement enterprise, and pursue the necessary reforms in the judiciary, the Religious Zionist Party will recommend that the president task Netanyahu with forming a government representing the national camp,” Smotrich said in a statement. “We call on all members of the national camp to set aside their differences and turn a new leaf—for the Israeli public’s sake. Israel needs a solid, cohesive right-wing government. Let’s put the anger behind us and begin negotiations.”

On Monday, Shas Party leader Aryeh Deri also endorsed Netanyahu as the next prime minister, saying that the Sephardi ultra-Orthodox party will ask Rivlin to task Likud’s leader with putting together a coalition.

“Shas will act to establish a right-wing government headed by Netanyahu that maintains the Jewish character of the state and acts for the benefit of the weaker sectors of society, and calls on all right-wing parties, Yamina and New Hope, in particular, to rise above all other considerations and joint a fully right-wing government led by Benjamin Netanyahu,” he said.

If Yamina leader Naftali Bennett decides to join Netanyahu’s coalition, he will be able to establish a right-wing government in the current Knesset, Netanyahu said on Monday.

“If we get to 59 [Knesset seats], we’ll get to 61,” Netanyahu said, referring to the minimum number of mandates he would need to form a government. The March 23 election resulted in 52 mandates for Netanyahu and seven for Bennett.

Netanyahu did not mention which other Knesset members from which parties would join the prospective government to give him the crucial 61 mandates.

Sources close to Sa’ar told Kan 11 News that if Lapid is able to hammer together a coalition, but Bennett refuses to join in, “it’s just a left-wing government”—which Sa’ar will not join.

Channel 13 News reported that Bennett is so far refusing to commit to ousting Netanyahu unless he is named the next prime minister, despite the fact he only won seven Knesset seats in the elections, compared to Lapid’s 17. The latter so far will not cede the premiership.

According to Channel 12 News, Bennett told members of Yamina that he stands by his commitment to ensuring Israel does not head into a fifth election campaign in two years.