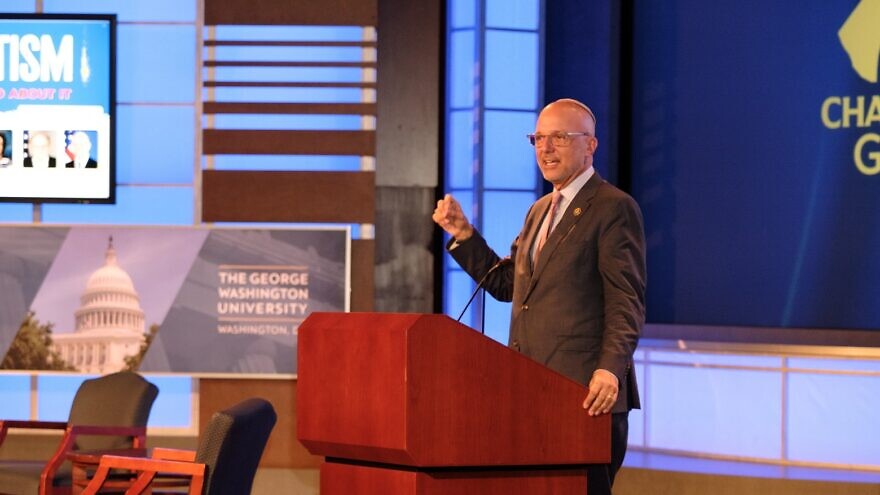 “I have worked closely with AJC throughout my tenure in Congress and I am deeply honored to have been chosen to serve as the organization’s next CEO,” Deutch said in a statement.

“For 116 years, AJC has worked to protect global Jewry, strengthen Israel’s place in the community of nations, and advance democratic values around the world. I couldn’t be more excited to passionately lead AJC at this critical moment in history and feel immensely privileged to have the opportunity to build on the historic efforts and impact of David Harris, past and present AJC leaders, and the entire team at the organization, who are among the most dedicated professionals in the Jewish world.”

Deutch, 55, a senior member of the House Foreign Affairs Committee who has represented South Florida since 2010, also announced his retirement from Congress on Twitter, saying that “for seven terms in Congress, I’ve worked hard and tried to find common ground on the issues impacting our community and our nation, and I’ve been proud to work every day with and for the people of South Florida.”

The AJC is one of the largest and oldest Jewish organizations. Founded in 1906, it has 24 offices across the U.S. and 13 overseas. The retirement of its longtime CEO, Harris, comes amid challenges of growing anti-Semitism, waning bipartisan support for Israel and a nuclear Iran. Deutch was one of several global lawmakers who launched the global inter-parliamentary task force in 2010 and is also the co-chair of the House Bipartisan Task Force for Combating Antisemitism.

According to AJC, Deutch was unanimously selected by AJC’s 28-member Executive Council, the organization’s most senior lay body, following an extensive national search for a successor Harris, who has led the organization since 1990.

Harris will remain AJC CEO until Deutch assumes the role, after which point Harris will stay on as a consultant for one year to assist in a seamless transition, the organization said.

“I’ve had the pleasure of knowing and collaborating with Congressman Ted Deutch for years,” Harris said in a statement. “Apart from being a mensch, he has demonstrated time and again his enduring commitment to the U.S.-Israel relationship, the well-being of Jewish communities around the world, the fight against rising antisemitism from a multiplicity of sources, the danger of a nuclear Iran, the protection of democratic values and human dignity, the enhancement of interfaith and interethnic relations, and the importance of bipartisanship — all of which are core priorities of AJC.”

The announcement was welcomed by other American Jewish leaders. William Daroff, CEO of the Conference of Presidents of Major American Jewish Organizations, told JNS that Deutch is the “perfect leader to follow in the huge footsteps of David Harris.”

“Ted is the mensch’s mensch. His deep background in and connection with the Jewish community is second to none. Ted’s long history of public service uniquely provides him with policy expertise on virtually every issue of concern to the Jewish community – and will allow AJC to continue the record of excellence forged by David Harris,” he said.