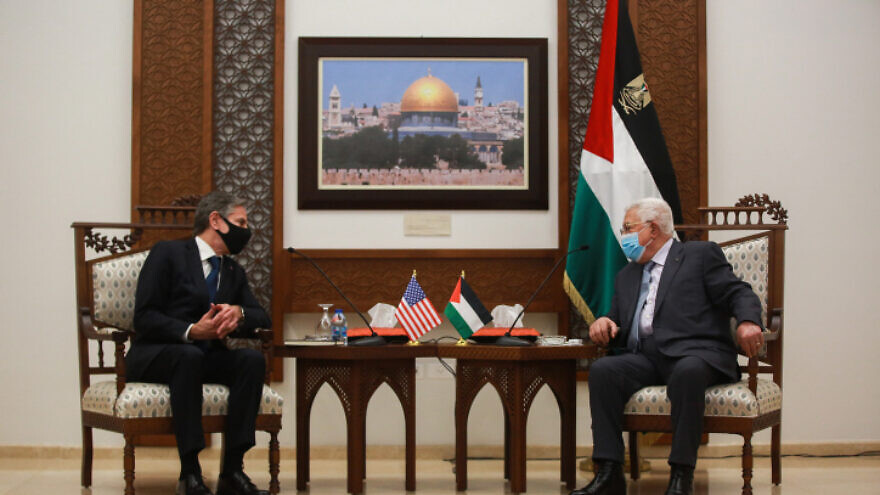 (July 11, 2021 / JNS) The Palestinian Authority has prepared an extensive “grocery list” of demands to present this week to the United States as a precondition for a renewal of talks with Israel, Channel 12 reported on Sunday.

At the top of the list, a copy of which Channel 12 says will be sent to Israeli Prime Minister Naftali Bennett, is the reopening of Orient House and other Palestinian institutions in eastern Jerusalem that have been closed since 2001, and whose political activities the Israel Police and Shin Bet have been preventing.

Other P.A. demands relating to Jerusalem include restoring the previous status quo on the Temple Mount: restricting police activity around the Al-Aqsa mosque, while reducing Jewish visits to and enhancing the status of P.A. emissaries at the site.

In addition, the P.A. demands the cessation of evictions of Arabs from eastern Jerusalem homes—apparently in reference to  a recent Israeli court ruling enabling the removal of Arab squatters from Sheikh Jarrah, a predominantly Arab neighborhood known by Jews as Shimon Hatzadik. Sheikh Jarrah became an international cause célèbre as violent disturbances broke out in the neighborhood in May.

In a related demand, the P.A. wants an end to Jewish construction in eastern Jerusalem, as well as a halt to all settlement expansion.

The P.A. also demands a renewal of the process of “family unification,” following a defeat in the Knesset last week of a temporary law—renewed annually—to prevent Palestinians from Judea, Samaria and the Gaza Strip from obtaining Israeli citizenship through marriage to Arab Israelis.

Among additional demands are an increase in the number of Israeli work permits for Palestinian laborers and the return of weapons confiscated from Palestinian security forces.