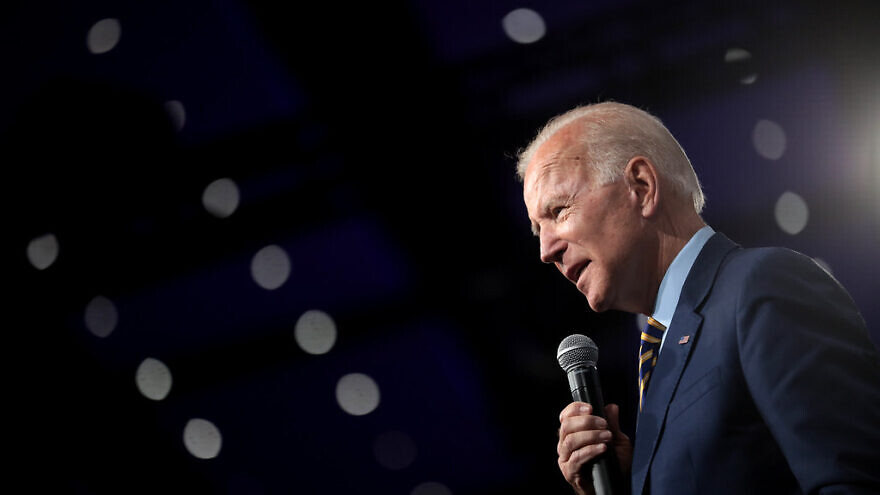 (August 7, 2020 / JNS) Former U.S. Vice President Joe Biden, the presumptive 2020 Democratic Party nominee for president, personally intervened to keep the word “occupation” out of the official party platform, according to a report on Thursday.

American Jewish Committee chief policy and political affairs officer Jason Isaacson told the outlet, “The question of whether to allow the text to refer to ‘occupation’ or use the phrase ‘end the occupation’ was taken to the vice president and he said ‘no.’ This is not an issue on which the party can bend because it would be contrary to the position of Joe Biden.”

The term “occupation” initially applied to Palestinian areas the Israelis oversaw after gaining land (eastern Jerusalem, the West Bank, the Gaza Strip, the Golan Heights and much of the Sinai) in the 1967 Six-Day War—land the Arabs refused to negotiate as part of the Khartoum Conference in 1968, signified by “Three No’s” in reference to Israel: no peace, no recognition, no negotiations.

Ever since then, the word has been used by anti-Israel groups in the attempt to delegitimize Israel.

As with most terminology used in the Israeli-Palestinian conflict, no clear definition exists, even after the Palestinian Authority has overseen Arab-majority sections (known as “Area A” under the Oslo Accords) of the West Bank since 1994 and Hamas has run Gaza since 2007 (taking it from the P.A. after Israelis withdrew in 2005). Egypt negotiated directly with Israel to get the Sinai back in 1982.

Still, some consider all of Israel to be “occupied” territory.

The Democratic platform includes language that expresses support for the U.S.-Israel relationship, a pledge to maintain security funding for Israel and backing for a two-state solution “that ensures Israel’s future as a Jewish and democratic state with recognized borders and upholds the right of Palestinians to live in freedom and security in a viable state of their own.”

Regarding the status of Jerusalem, the platform states: “We believe that while Jerusalem is a matter for final status negotiations, it should remain the capital of Israel, an undivided city accessible to people of all faiths.”

It also expresses opposition to “any effort to unfairly single out and delegitimize Israel, including at the United Nations or through the Boycott, Divestment and Sanctions [BDS] movement, while protecting the constitutional right of our citizens to free speech.”