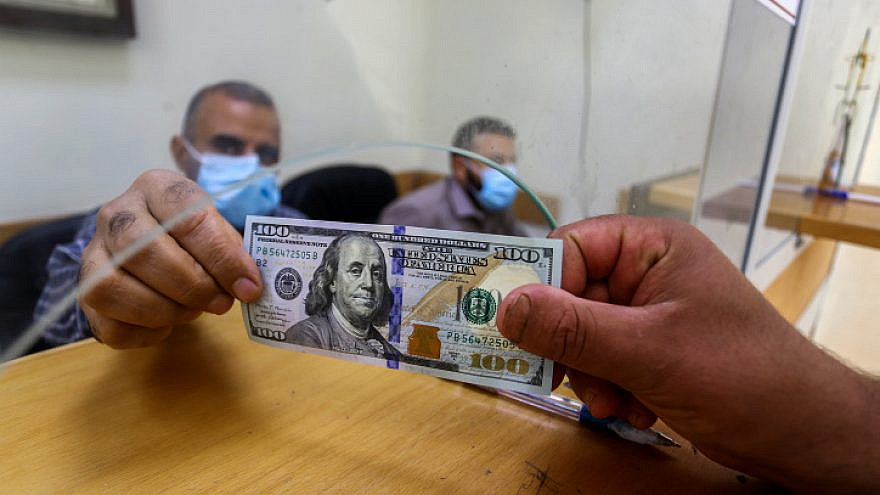 (August 15, 2021 / Israel Hayom) Hamas is threatening to renew violence against Israel unless it is granted access to Qatari funds in cash, Palestinian media reported over the weekend.

According to reports, the terrorist group controlling the Gaza Strip refuses to receive the funds via wire transfers and demands the funds be transferred as they have been to date—in cash-stuffed suitcases.

Israel, backed by the Palestinian Authority, has demanded that Qatari aid be sent via wire transfer so as to make sure the funds serve the purpose of rebuilding civilian infrastructure in the Gaza Strip, rather than end up funding Hamas’ terrorist infrastructure.

Hamas has reportedly made it clear to Egypt, which is working to broker a long-term ceasefire between Israel and the terrorist group, that unless it gets immediate access to Qatari cash, border riots and cross-border arson attacks will resume.

Hamas spokesman Azam Qassem was quoted by Palestinian media as saying, “The easing of restrictions approved by the Zionist occupation in recent days [increasing the volume of goods delivered to Gaza as well as expanding its fishing zone] is not enough. These are attempts by the Zionist occupation to undermine Hamas and the Palestinian people and we will not allow it.”