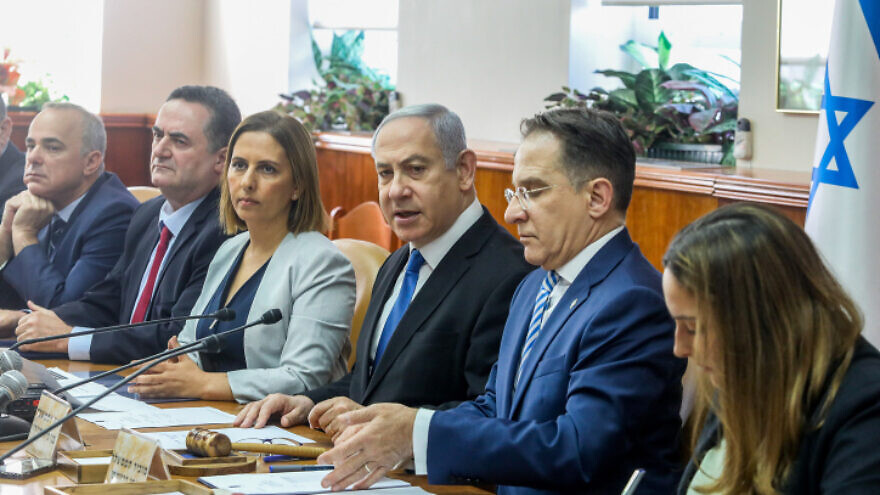 (December 24, 2019 / JNS) Israeli Prime Minister Benjamin Netanyahu canceled a meeting of an interministerial team that was deliberating the annexation of the Jordan Valley following the International Criminal Court’s (ICC) decision to launch a probe into alleged Israeli “war crimes” against the Palestinians, Ynet reported on Tuesday.

The meeting was supposed to take place over the past weekend, but was canceled at the last minute after ICC Chief Prosecutor Fatou Bensouda announced the plans on Friday for the broad investigation against Israel, said sources quoted in the report.

Netanyahu had announced in September that he planned to establish sovereignty in the Jordan Valley if his Likud Party would win the elections.

“Because of the prosecutor’s decision in the Hague, the issue of the Jordan Valley annexation will be put on a long hold,” said one government source, according to Ynet.

Netanyahu on Sunday slammed International Criminal Court chief prosecutor Fatou Bensouda for announcing her organization’s intention to conduct a broad investigation of Israel for “war crimes,” calling the announcement “absurd” and accusing the ICC of having become a weapon in the hands of Israel’s enemies.

“While we are moving forward in new areas of hope and peace with our Arab neighbors, the ICC in The Hague has taken a step backwards,” said Netanyahu.