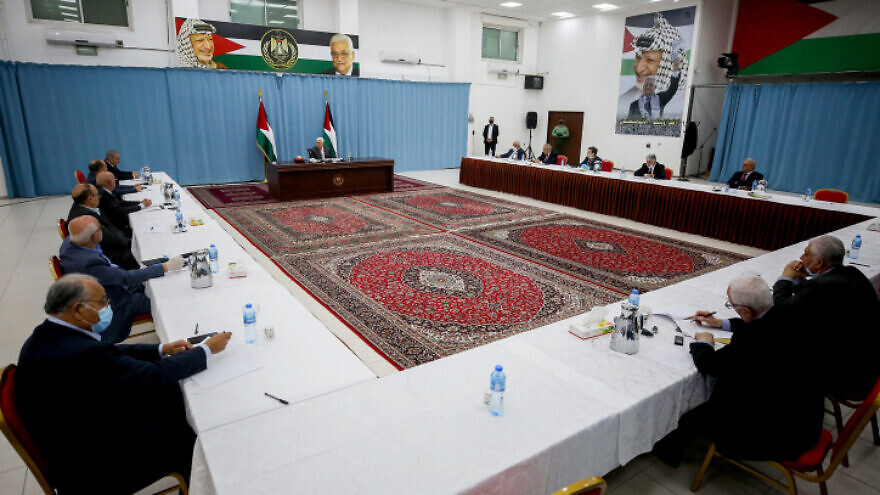 (September 29, 2020 / JNS) Qatar, with the encouragement of Turkey, has proposed to Palestinian Authority leader Mahmoud Abbas that he establish a joint partnership with Hamas, Channel 12 reported on Tuesday. According to the proposal, Abbas’s Fatah party is to establish a joint list with Hamas for the 132-seat Palestinian Legislative Council (PLC), to be followed immediately by a national-unity coalition.

According to Channel 12‘s Arab-affairs expert Ehud Ya’ari, the proposal was presented to Fatah Central Committee Secretary Jibril Rajoub and former PLC speaker Rawhi Fattouh, who had been conducting negotiations with Hamas in Istanbul.

Meanwhile, the report noted, Abbas wants to amend Palestinian election law to enable Hamas candidates not to have to sign on to the principles of the Palestinian Declaration of Independence. He also intends to call for Legislative Council elections—but not for the presidency—to be held sometime between the end of January and mid-February.

One upshot of the talks in Istanbul, according to the report, was that the P.A. agreed to take on the administration of the Gaza Strip without Hamas having to forfeit its armed forces.

Since taking control of Gaza by a violent coup in 2007, Hamas has signed several agreements with Fatah, but none have been honored or implemented.

In an interview with Hezbollah-affiliated Al Mayadeen TV on Sept. 7, Hamas deputy political chief Saleh al-Arouri said that due to recent events in the region, it had agreed to join forces with its longtime rival, Fatah, in order to confront Israel.

Among these “recent events,” which he called “betrayals,” Arouri cited U.S. President Donald Trump’s “Peace to Prosperity” plan and the normalization treaty then about to be signed between the United Arab Emirates and Israel.