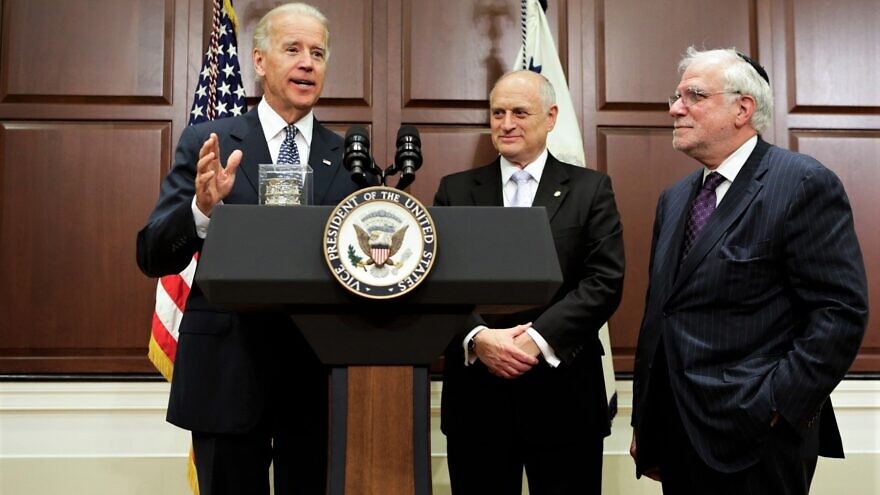 (June 3, 2022 / JNS) At a time when the State of Israel needed someone to speak up for it, Richard Stone’s legal and courtroom skills were indispensable for constructing arguments to answer its critics.

“No one could articulate a case for Israel like him. He would argue it like a Supreme Court case. He’d build a thoughtful argument based on facts,” said Malcolm Hoenlein, longtime executive vice chairman of the Conference of Presidents of Major American Jewish Organizations.

Stone suffered a burst artery and passed away suddenly in New York on May 29 at the age of 79.

“Facts and truths were irrefutable, and he used them to answer false allegations about Israel, many made by Jewish Israel detractors,” Gerald Platt, president of the American Friends of Likud, told JNS.

“Often times, decisions have to be made that alternate between either being correct or being smart … and they don’t always overlay. Richard was able to flesh out details from a particular problem and formulate a plan that would best use the abilities of both the correct and smart perspectives. I was able to use his keen mind to help me sort out some issues in the political Jewish world … not an easy feat,” added Platt.

A giant in the field of Jewish leadership, Stone served as chairman of the Conference of Presidents, representing more than 50 of the most influential American Jewish nonprofits. He was also the longtime president of the National Coalition for Soviet Jewry (NCSJ), later renamed the National Coalition Supporting Eurasian Jewry. 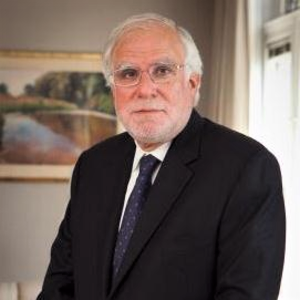 “Richard was the embodiment of a selfless leader, working diligently behind the scenes for the benefit of the Jewish people without fanfare or recognition,” Arthur Stark, immediate past chairman of the Conference of Presidents, told JNS.

Malcolm Hoenlein, who has served at the Conference of Presidents for 36 years, described Stone as his best friend—a consensus-builder who Jewish figures turned to long after Stone’s official leadership days were over.

“World leaders and leaders of Israel respected him. Everyone thought they were his good friend. He was someone that didn’t put on any airs, though he could and warranted it. He didn’t suffer fools and those who engaged in the division or harmful activities towards Israel. He was truly someone who loved Klal Yisrael and could work with Jews from across the spectrum,” Hoenlein told JNS.

“He was the most eloquent, knowledgeable chairman of the Conference of Presidents during the years I’ve been a delegate to that organization,” said Josh Katzen, who represented the Committee for Accuracy in Middle East Reporting and Accuracy (CAMERA) at the umbrella group and is also the publisher of JNS. “He remained involved until his passing and was universally respected for his intelligence, wit and commitment. He devoted himself so incredibly to the chairmanship.”

His friends, seemingly made instantaneously, remember him as someone who would always give of himself—his time, his effort, his wisdom—but never considered himself indispensable.

Stone had been serving as the longtime chairman of the Orthodox Union’s Institute for Public Affairs when Steven Savitsky took over as the OU’s president. Savitsky is a believer in term limits, feeling the need to inject fresh ideas and new energy into organizations.

“I came to [Richard] with great trepidation to tell him I didn’t want him to be chairman anymore, even though he had done a great job. I went through a long speech, and he cut me off and said, ‘What is it that you want?’ I went with him through my thinking how organizations, especially Jewish organizations, are better off with term limits,” Savitsky told JNS.

“Richard looked at me and said, ‘I agree with you. I was just waiting for someone to tell me I didn’t have to do this anymore.’ ”

‘A chameleon who felt at home anywhere’

Richard Berenson Stone was born in the city of New Orleans. His father was a prestigious attorney and his mother was considered a queen of sorts in the local Jewish community. Graduating first in his class at Isidore Newman High School class in 1960, Stone made his way to Harvard University following a year of study at Mercaz Harav, the yeshivah in Israel founded by Rabbi Abraham Isaac Kook.

Stone graduated with honors from Harvard before matriculating to Harvard Law School, where he was selected to the prestigious Harvard Law Review. Beginning his career in private practice in Washington, D.C., Stone was appointed a Deputy Solicitor General in the Office of the U.S. Solicitor General. He tried a number of cases in front of the U.S. Supreme Court while representing the government.

He later moved to New York City, where he served for decades as a popular faculty member at Columbia Law School, specializing in tax law.

Stone came to Orthodox Judaism later in life and returned to Israel a number of times to study Talmudic law. He noted on more than one occasion that his education at Mercaz Harav was often more rigorous than what Harvard provided.

His work during his chairmanship of NCSJ brought him to the forefront of the Jewish world. That Cold War and Soviet Union breakup period featured a series of protests in support of Jews wishing to emigrate to Israel and the United States. Stone went to visit Russia together with Rabbi Joseph Telushkin, a leader in the struggle for Soviet Jewry, in the mid-1970s. He later chaired the policy arms of the Orthodox Union and the New York Jewish Community Relations Council.

Stone co-founded several businesses, and later in life became a significant investor in a number of Israeli tech companies and startups, while finding the time to pursue his passion for fishing.

“He was the most eloquent, knowledgeable chairman of the Conference of Presidents during the years I’ve been a delegate to that organization,” said Josh Katzen, publisher of JNS. “He remained involved until his passing and was universally respected for his intelligence, wit and commitment.”

Martin Oliner, co-president of the Religious Zionists of America, remembers Stone as a man who could find his place in any setting.

“He was always a pleasure to be with, a real raconteur. He was a chameleon who felt at home anywhere. He was always entertaining but always focused at the same time. Richard was a man of many, many talents,” Oliner told JNS.

Stone is survived by his ex-wife, Suzanne Stone, a professor and director of the Center for Jewish Law and Contemporary Civilization at Yeshiva University’s law school, and their children: Rebecca Stone, Ilana Stone, Aliza Stone Howard and Mikey Stone; and six grandchildren. He is also survived by a brother, Harvey Stone, and a sister, Carol Wright Stone.

A funeral was held at West Side Institutional Synagogue on Tuesday. His burial will be in Israel, where he was in the process of purchasing an apartment and applying for citizenship.

Hoenlein says he intends to assist with an effort to get the Israeli government to grant Stone that citizenship.

As for Platt, he noted that Stone’s passing hasn’t yet sunk in. “His wit, intelligence, friendship and camaraderie will be sorely missed. But mostly, his tapping me on my shoulder and saying, ‘my boy.’ ”