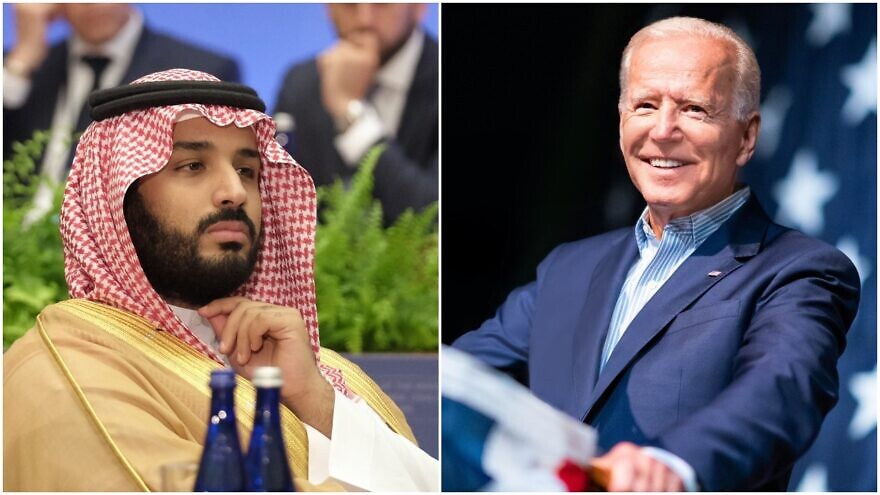 (June 29, 2022 / JNS) President Joe Biden’s plan to visit Saudi Arabia in mid-July is being widely discussed in the Saudi and larger Arab media.

According to a report by the Middle East Media Research Institute (MEMRI), Saudi columnist Khaled al-Suleiman writing for Okaz, wrote: “The summit between President Biden and the leaders of the Gulf, Egypt, Jordan and Iraq is likely to provide the Arab leaders with adequate answers about the future of the ties with Iran and about the extent of America’s responsibility for Iran’s conduct that is undermining the security of the region.”

This comes as tension has characterized U.S.-Saudi relations during the Biden administration, especially as it tries to reach a nuclear agreement with Iran.

The United States considers Saudi Crown Prince Muhammad bin Salman responsible for the murder of journalist Jamal Khashoggi in 2018. Biden has said he will not meet with Salman during the visit but only as part of a broader forum.

A June 25 editorial by Ibrahim al-Shamari in the daily Al-Riyadh titled “An Error Belatedly Corrected” stated: “During the presidency of Joe Biden, Gulf-U.S. relations have encountered a series of challenges unprecedented in the 80 years since the founding [of these relations]. But recently this administration realized that the Gulf is still important to the U.S., especially after the Russian-Ukrainian war prompted a dramatic shift in America’s geopolitical calculations.”

He added that the decline in U.S.-Gulf relations “was a powerful incentive for [America’s] allies in the Gulf to seek alternatives in their foreign policy, as a strategic precaution.”