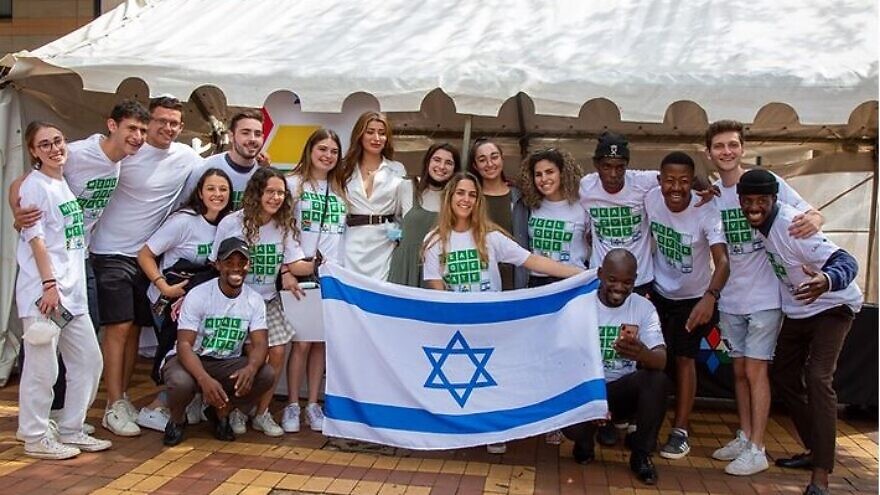 (November 17, 2022 / JNS) StandWithUs (SWU), an international organization that educates about Israel and combats antisemitism, has officially opened national operations in the country whose history forms the foundation of the “Israeli apartheid” slander.

In South Africa, the continued rise in antisemitism, the challenge of fighting misinformation about Israel, and the call from Jewish and Christian Zionist communities for ongoing support from SWU have created the impetus for the organization to strengthen its presence in the country.

“We have been working with students and other organizations in South Africa for more than 10 years,” Roz Rothstein, CEO and co-founder of StandWithUs, told JNS. “Although we made visits to campuses and communities annually, we decided it was high time to support the local community in a more sustainable way, by opening up the much-appreciated local office.”

Launched with seed funding from American donors Steve and Rita Emerson, the new office means that SWU is “now able to have a team on the ground for consistent year-round support,” Rothstein said.

“Every year around the world, anti-Israel groups host an ‘Israel Apartheid Week’ (IAW), a week-long campaign that dehumanizes Israelis and often seeks to intimidate Jewish university students on far too many campuses,” Noa Raman, SWU’s director of partnerships, told JNS. “This hate-filled campaign has momentum, specifically in South Africa, leaving local pro-Israel students with an overwhelmingly hostile campus climate on many campuses.”

Raman noted that at Witwatersrand University in Johannesburg, Jewish students and SWU delegates have witnessed graffiti sprayed on campus walls with phrases like “f**k Zionism” and were told “I would love to kill you because Jews cause problems here.” The South African Union of Jewish Students invited SWU to respond to IAW on an annual basis, which eventually formed what Raman called the “backbone” of the organization’s pro-Israel activities in the country.

SWU provides seminars and access to a broad network of Israeli educators for schools and college campuses, organizes community events and offers an array of initiatives that bring South African youths to Israel.

During COVID-19, SWU conducted a virtual program in Jewish day schools around South Africa. In August, Raman strategized and coordinated with the Israel Education Center and South African Zionist Federation to bring their high school program to life. A series of educational sessions provided the opportunity to educate about Israel and Zionism in unique ways through interactive lessons, lectures and workshops, engaging over 1,250 students.

On Nov. 13, SWU also launched the first South African iteration of its Emerson Fellowship for college students. The year-long fellowship trains students to educate about Israel on their campuses and in their communities, and combat BDS and antisemitic campaigns.

“Many South Africans refer to Israel as one of the most disputed territories and their image of Israel is that of a barren desert,” Mayekiso told JNS. “It is such an exciting opportunity to be able to share that Israel is at the forefront of innovation, security and democracy in the Middle East. Israel has been able to overcome huge challenges and continue to excel without compromising on its beliefs and diverse heritage. Working with SWU is an opportunity to share that Israel celebrates difference and diversity.”

She continued, “There is a libel that has taken root and borrowed from the painful history of my country that wishes us to believe that Israel is an apartheid state. The truth is that Israel bears no resemblance to the oppressive apartheid regime that oppressed my people. If anything, the Jewish experience of dispossession from their ancestral homeland is actually very similar to that of the black population of South Africa. StandWithUs South Africa is so important as it not only combats the rising antisemitism but also educates about the truths of Israel to students and the broader communities.”

Ginsberg said that she has “encountered gross antisemitism, thinly veiled as anti-Zionism. I was taken aback at my experience on campuses where I was told explicitly that it was unacceptable to be Zionist and by implication a Jew. Every day was a fight to defend my identity, of which I had always been so incredibly proud.”

Her experiences combating antisemitism have involved combating IAW campaigns, working with a hostile and BDS-led student government to elect a Jewish student to its slate and campaigning to prevent a full academic boycott of Israel at the University of Cape Town.

“I faced many disturbing Israeli Apartheid Weeks, which were plagued by Nazi torture scenes, with IDF soldiers being portrayed as Nazis, Hitler salutes and vile anti-Israel rhetoric, which was the norm,” Ginsberg told JNS. “While campus was often a difficult space, my work became incredibly rewarding whereupon the fruits of my efforts started materializing. This bore out specifically where the hostile BDS-led student government chose not to endorse Israeli Apartheid Week for the first time in years and actively started listening to and connecting with the Jewish community on campus.”

Rothstein affirmed, “Together, we’ll work to push back against the egregious, slanderous claims made by antisemitic activists.”