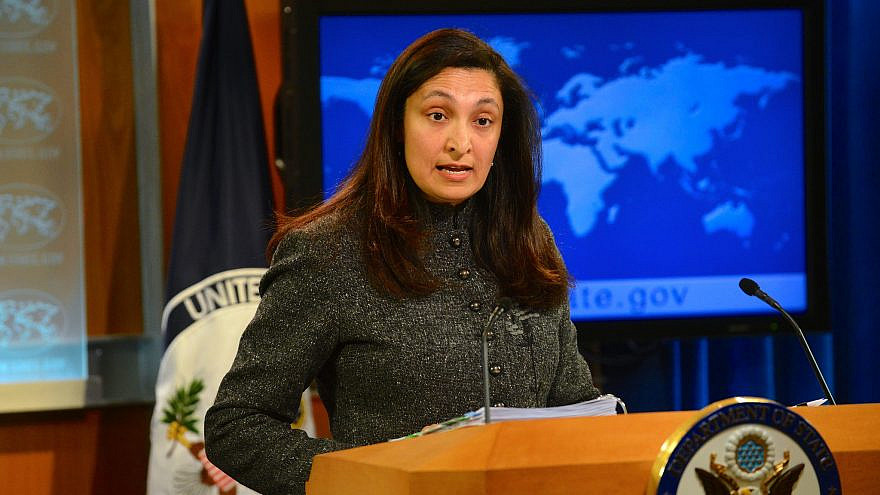 (March 4, 2021 / JNS) U.S. President Joe Biden’s nominee for a leading position in the U.S. State Department previously worked on a book that accused the “Israel lobby” of influencing American politics and was employed by a magazine that publishes anti-Semitic content.

Uzra Zeya has been nominated as undersecretary for civilian security, democracy and human rights in the State Department. In 1989 and 1990, she worked for the magazine Washington Report on Middle East Affairs and its publishing group, American Educational Trust.

The Washington Report has questioned the loyalty American Jews have to the United States; published accusations against the “Jewish lobby”; claimed American Jews control the media; and accused the Mossad of perpetrating the assassination of former President John F. Kennedy and the Sept. 11, 2001 terrorist attacks.

While a magazine staff member, Zeya compiled research for a book arguing that “the Israel lobby has subverted the American political process to take control of U.S. Middle East policy” through a secret network of “dirty money” coming from political action committees that bribe and pressure congressional candidates into supporting pro-Israel policies, reported the Washington Free Beacon.

For her work, Zeya is credited in the acknowledgments section of the American Educational Trust’s 1990 book Stealth PACs: How Israel’s American Lobby Took Control of U.S. Middle East Policy.

The book states: “The inevitable public perception is that such ardent supporters of Israel have no real interest in making the United States a better place for all of its citizens, but only in making Israel a more secure and prosperous place for Jews.”

It further claims that AIPAC gives secret orders to American Jews on who to vote for and financially support, according to the Beacon.