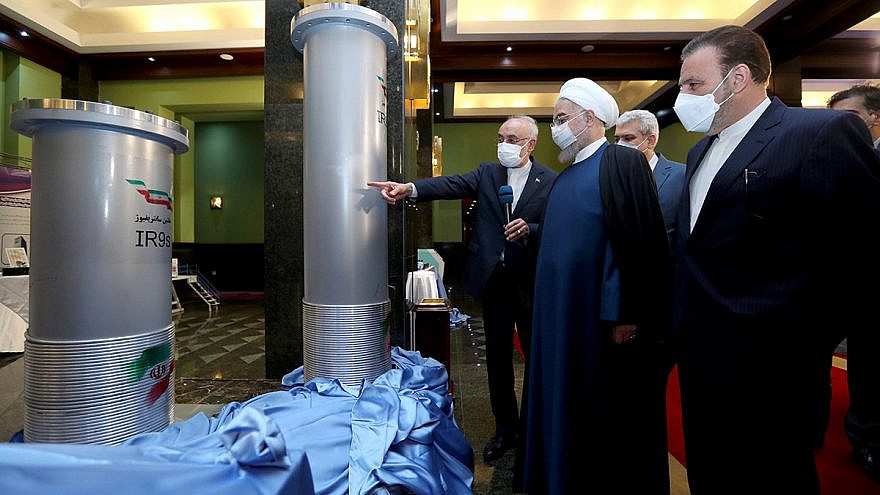 (July 18, 2022 / JNS) Iran has become a nuclear threshold state with the ability to produce an atomic weapon if and when it chooses to do so, a senior adviser to Iranian leader Ayatollah Ali Khamenei said on Sunday.

“In a few days we were able to enrich uranium up to 60% and we can easily produce 90% enriched uranium. … Iran has the technical means to produce a nuclear bomb but there has been no decision by Iran to build one,” said Kamal Kharrazi, who previously served as Iran’s foreign minister.

Kharrazi’s comments came a day after U.S. President Joe Biden wrapped up a four-day trip to Israel and Saudi Arabia, during which he vowed to use force “as a last resort” in the event that Tehran makes a dash for the bomb.

This was formalized when Biden and Israeli Prime Minister Yair Lapid on Thursday signed the “Jerusalem U.S.-Israel Strategic Partnership Joint Declaration,” which states that Washington pledges to “never to allow Iran to acquire a nuclear weapon and that it is prepared to use all elements of its national power to ensure that outcome.”

An Iranian official slammed the joint declaration as “distorted reality” and accused Washington of “supporting the most murderous regime in the world [i.e., Israel].”

“Preparing the home front for war is a task that must be accelerated … especially in light of the possibility that we will be required to act against the [Iranian] nuclear threat,” he added.