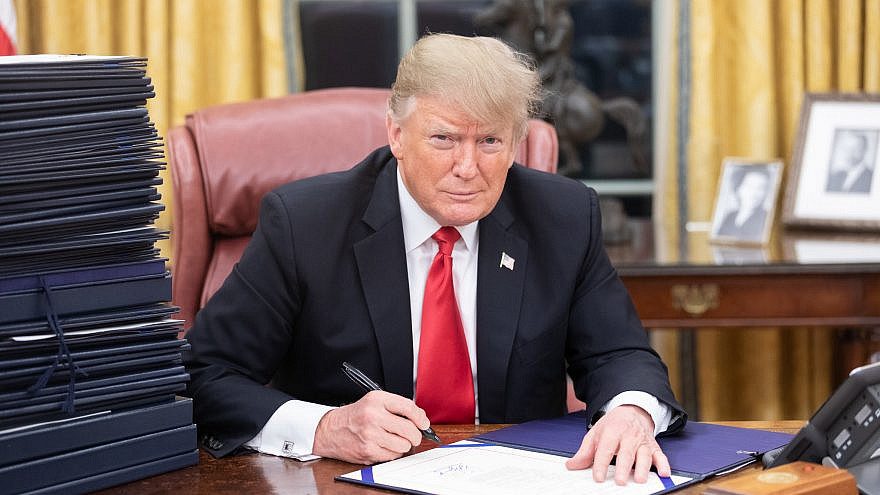 (January 20, 2021 / JNS) Outgoing U.S. President Donald Trump on Wednesday granted a full pardon to Aviem Sella, the former handler of Jonathan Pollard, a former civilian intelligence analyst for the U.S. Navy who sold U.S. military secrets to Israel while working at the Pentagon in the 1980s.

At the time he enlisted Pollard, Sella was a retired Israeli air force officer. He fled the United States after Pollard was arrested in 1985, and was charged in absentia in 1986 on three counts of espionage.

Israel did not extradite Sella to the United States.

Pollard was given a life sentence and spent 30 years in prison for spying for Israel. He was released in 2015, though his five-year parole restrictions forbade him from leaving America.

He and his wife, Esther, arrived in Israel on Dec. 30, one month after the restrictions were lifted.

The White House said in a statement that “Mr. Sella’s request for clemency is supported by the Prime Minister of Israel Benjamin Netanyahu, Israeli Ambassador to the United States Ron Dermer, the United States Ambassador to Israel David Friedman and [Dr.] Miriam Adelson. The State of Israel has issued a full and unequivocal apology, and has requested the pardon in order to close this unfortunate chapter in U.S.-Israel relations.”

Pollard also issued a statement, saying that he and his wife were happy about the decision, which he said would “put an end to the bleeding wound of the affair after 35 years. We wish Aviem great success.”

He also said that after so many “long years of suffering,” he and his wife “want to focus only on the future and not on the wounds of the past.”

Pollard thanked Netanyahu, Adelson, Dermer and Friedman for their work in making the pardon happen.