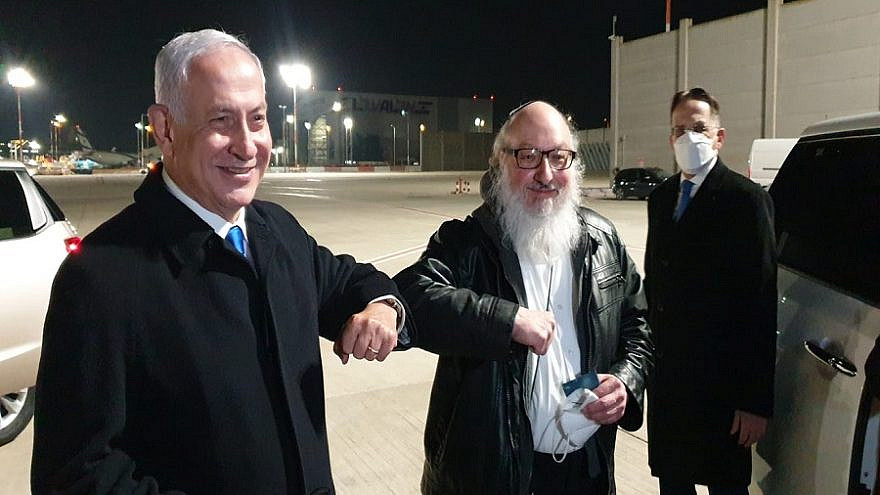 (December 30, 2020 / Israel Hayom) Jonathan Pollard landed in Israel early Wednesday morning, one month after his parole restrictions were lifted and five years after he was released from U.S. federal prison after serving 30 years for spying for Israel. He was accompanied on the flight by his wife, Esther. Due to Esther’s medical condition, the Pollards chose to fly by private plane directly from New Jersey’s Newark Liberty International Airport to Tel Aviv.

As the pilots prepared to land, Pollard was called to enter the cockpit, where he was able to hear the Ben-Gurion International Airport control tower welcome him to Israel in Hebrew.

Pollard, a former civilian intelligence analyst for the U.S. Navy, sold military secrets to Israel while working at the Pentagon in the 1980s. He was arrested in 1985 after trying unsuccessfully to gain asylum at the Israeli Embassy in Washington and pleaded guilty. The espionage affair embarrassed Israel and tarnished its relations with the United States for years.

Pollard was given a life sentence, and US defense and intelligence officials consistently argued against releasing him. Upon his parole in 2015, he was forbidden to leave the United States for another five years.

Upon learning that Pollard’s parole restrictions had been lifted in November, many in Israel hoped the move would pave the way for him to make aliyah. Just two days after the restrictions were lifted, Pollard posted a video saying, he would make aliyah, “God willing, very soon!”

“The final step to freedom that remains is our return home to the Land and the People we love,” he said. 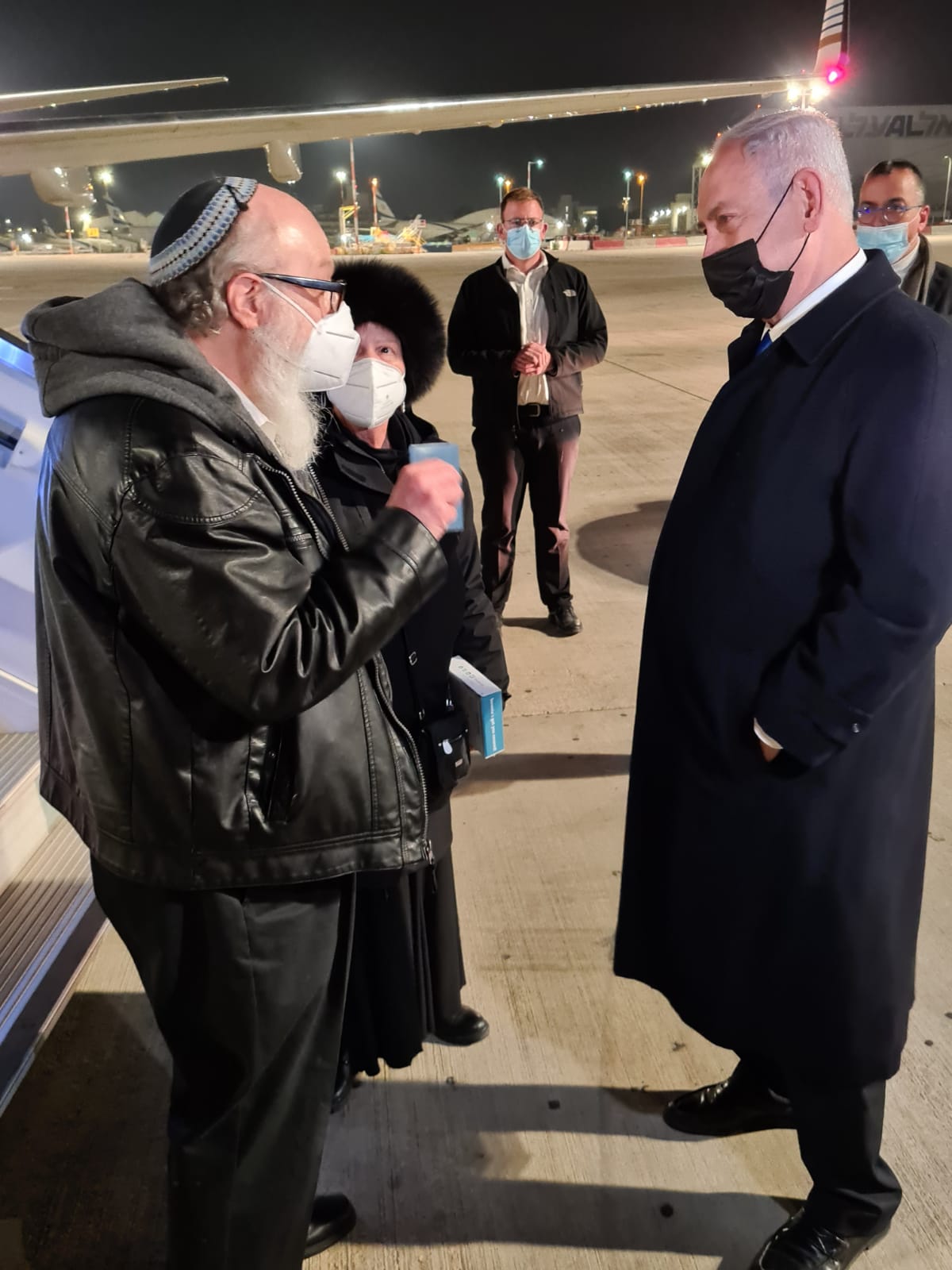 Israeli Prime Minister Benjamin Netanyahu welcomed Pollard and his wife upon their arrival.

A statement by the Prime Minister’s Office said the two recited the “Shehecheyanu” blessing, which offers thanks for new and unusual experiences, as Netanyahu presented the Pollards with their Israeli IDs. Pollard was granted Israeli citizenship in 1995.

“Welcome home. It’s so good to finally see you here,” said Netanyahu. “Now you can start over and live your lives free and happy. Now you’re home.”

A visibly emotional Pollard said, “We’re excited to finally be home after 35 years. We thank the Israeli people and the Israeli prime minister for bringing us home. No one is as proud of this country and its leader as we are. We hope to become productive citizens as soon as possible and move on with our lives. This is a great country with a bright future. [Israel] is the future of the Jewish people and we’re not going anywhere.”

The campaign to free Pollard said in a statement that the date of the Pollards’ arrival had been kept secret for security reasons. Only the smallest possible circle was informed that the move was coming, and even they did not know the precise date, the statement said. After their arrival, the couple was taken to a temporary site where they will stay for the duration of their mandatory COVID-19 quarantine.