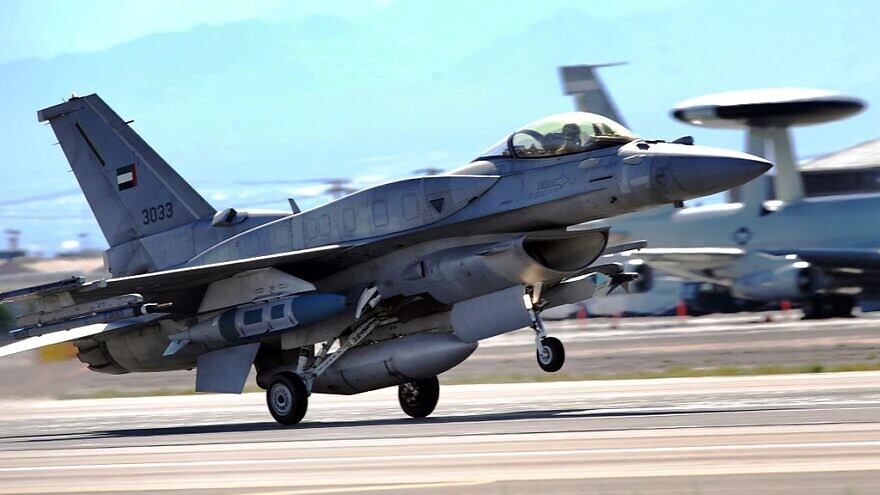 (January 24, 2022 / JNS) United Arab Emirates fighter jets destroyed a missile launcher in Yemen’s Al Jawf Governorate on Monday, shortly after it was used by Houthi terrorists to launch two ballistic missiles at Abu Dhabi, according to the UAE Defense Ministry.

The missiles were intercepted by the UAE’s air-defense systems, said the ministry.

Debris from the interceptions fell in several locations throughout the UAE capital, the official Emirates News Agency reported.

There were no reports of casualties.

On Monday, the UAE Defense Ministry posted a video on Twitter that it said showed the strike in Al Jawf.

This was the second major Houthi attack on the UAE in as many weeks.

On Jan. 17, three people were killed and six wounded in a combined missile-and-drone attack. A Houthi military spokesman took credit for the strike, saying that the group fired five ballistic missiles and “a large number” of drones at the Dubai and Abu Dhabi airports, an oil refinery in Musaffah and several “sensitive” sites in the UAE, according to Reuters.

The UAE Defense Ministry on Monday affirmed its “full readiness to deal with any threats,” adding that it will “take all necessary measures to protect the UAE from any attacks.”