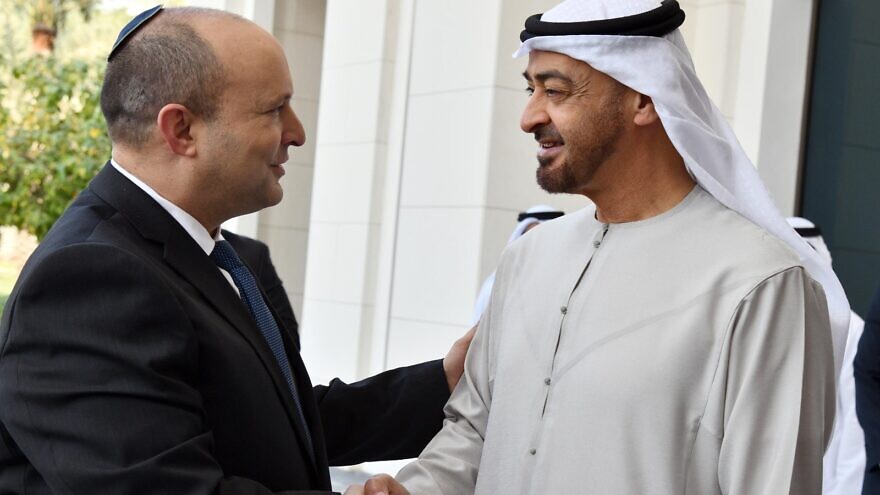 A Houthi military spokesman said that the group fired five ballistic missiles and “a large number” of drones at Dubai and Abu Dhabi airports, an oil refinery in Musaffah and several “sensitive” sites in the United Arab Emirates, according to Reuters.

Three people were killed and six wounded when three fuel tanker trucks exploded in the industrial Musaffah area near storage facilities of oil firm ADNOC, according to the report.

“I strongly condemn the terrorist attacks in Abu Dhabi carried out by the Iranian-backed Houthis and send condolences to the families of the innocent victims. Israel stands with the UAE. I stand with Mohammed bin Zayed. The world should stand against terror,” tweeted Bennett on Tuesday.

I strongly condemn the terrorist attacks in Abu Dhabi carried out by the Iranian-backed Houthis and send condolences to the families of the innocent victims.

Israel stands with the UAE.
I stand with Mohammed bin Zayed.
The world should stand against terror. pic.twitter.com/r208ZQe5Js

U.S. Secretary of State Antony Blinken condemned the attack during a phone call on Monday with his Emirati counterpart, Reuters reported. White House National Security Advisor Jake Sullivan released a statement the same day reiterating the United States’ “unwavering” support for the security of the UAE, and vowing to hold the Houthis accountable.

“We stand beside our Emirati partners against all threats to their territory,” the statement said.

The European Union, Russia, France, Pakistan and the Arab League, among others, also conveyed their condemnation of the attack to Abu Dhabi Foreign Minister Sheikh Abdullah bin Zayed Al Nahyan, according to the official Emirates News Agency (WAM).

French Foreign Minister Jean-Yves Le Drian said the attacks threatened not only the UAE but also regional stability, according to the WAM report.

For its part, the UAE Foreign Ministry said in a statement that the attack “will not go unpunished,” and that the UAE “reserves the right to respond to these terrorist attacks and criminal escalation,” according to Reuters.