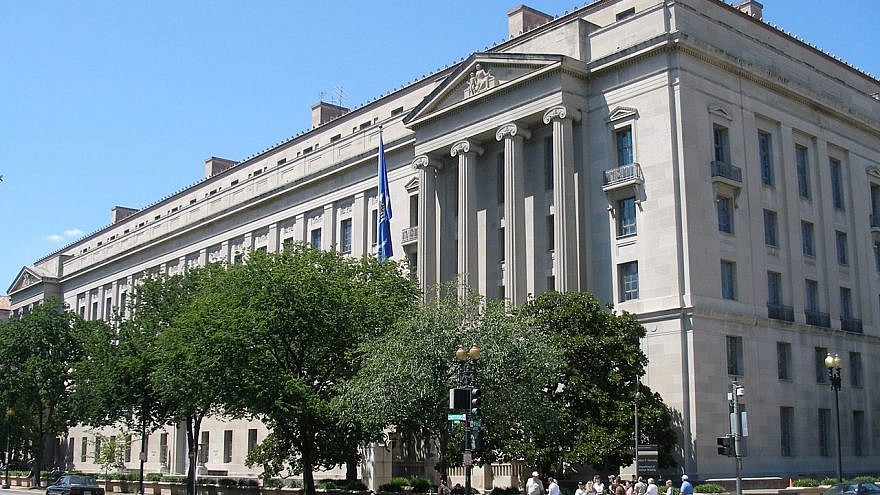 (October 30, 2020 / JNS) The U.S. Department of Justice announced on Thursday the filing of two complaints to forfeit two shipments of Iranian missiles that the U.S. Navy seized in transit from Iran’s Islamic Revolutionary Guard Corps (IRGC) to militant groups in Yemen, as well as the sale of approximately 1.1 million barrels of Iranian petroleum that the United States previously obtained from four foreign-flagged oil tankers currently bound for Venezuela.

These actions represent the U.S. government’s largest-ever forfeitures actions for fuel and weapons shipments from Iran, according to the DOJ.

On a conference call for members of the media, Acting U.S. Attorney for the District of Columbia said that the complaint over the weapons, which were on two flagless vessels in the Arabian Sea and were seized by two U.S. warships that were conducting routine maritime operations in November 2019 and February, was filed in August. The complaint over the barrels of Iranian oil was filed the previous month. Both complaints were unsealed on Thursday.

The forfeiture action is part of a larger investigation of an Iranian weapon smuggling network responsible for the arms shipments. The network was involved in the illicit trafficking of advanced conventional weapons systems and components, including systems that contain U.S.-origin components, by sanctioned Iranian entities that directly support military action by the Houthis movement in Yemen and the Iranian regime’s campaign of terrorist activities throughout the region, according to the DOJ.

Over the past several years, “cases involving Iran’s efforts to evade the restrictions designed to curb its malign conduct comprise more than 40 percent of the export control and sanctions prosecutions” that the DOJ brings, according to U.S. Assistant Attorney General for National Security John Demers.

He announced that the DOJ intends to use the funds “forfeited from the fuel sales” and allocate them to the United States Victims of State Sponsored Terrorism Fund “after the conclusion of the case.”

In separate news, the Trump administration announced it has placed sanctions on five individuals and 11 entities, based in Iran, China and Singapore, for their alleged involvement in the sale and purchase of Iranian petrochemical products brokered by the U.S.-sanctioned Triliance Petrochemical Co. Ltd.