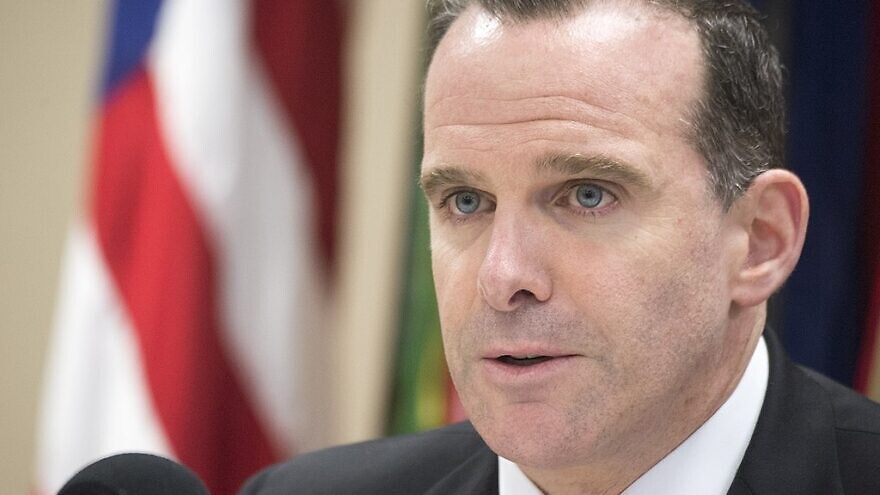 (July 28, 2022 / JNS) It is “highly unlikely” that the 2015 nuclear deal between world powers and Iran will be revived in the near-term, Axios reported on Wednesday.

According to the report, White House Middle East coordinator Brett McGurk blamed the stalemated talks on the Iranian camp, and suggested Tehran wanted the United States “to add something to the pot” to sweeten the deal, a potentiality that he shot down.

McGurk also reportedly said that in the absence of a renewed agreement, the Biden administration would impose sanctions on the Islamic Republic and attempt to isolate the mullahs diplomatically. He qualified that Washington would “not needlessly escalate the situation,” but reiterated the threat of using force as a last resort to prevent Iran from obtaining an atomic bomb.

Meanwhile, U.S. Envoy for Iran Rob Malley and other officials were slated to give a classified briefing to the House Foreign Affairs Committee on Thursday about the status of the negotiations and Tehran’s nuclear progress.

The report comes a day after European Union foreign policy chief Josep Borrell said in an op-ed that the latest version of a nuclear deal presented to Iran is the best one possible.

“After 15 months of intense, constructive negotiations in Vienna and countless interactions with the participants and the U.S., I have concluded that the space for additional significant compromises has been exhausted. I have now put on the table a text that addresses, in precise detail, the sanctions lifting as well as the nuclear steps needed to restore” the 2015 Joint Comprehensive Plan of Action (JCPOA) agreement, wrote Borrell.

“This text represents the best possible deal that I, as facilitator of the negotiations, see as feasible. It is not a perfect agreement, but it addresses all essential elements and includes hard-won compromises by all sides,” he continued.

Borrell urged Iran to make the “swift” political decision to accept the terms, warning that otherwise “we risk a dangerous nuclear crisis.”

For his part, Israeli Defense Minister Benny Gantz said on Tuesday that Jerusalem has the capability to “seriously harm” Iran’s nuclear program. “We are very unsatisfied with the [prospective] agreement, which would be a bad agreement because it would be a temporary delay,” he said.

On Wednesday, Iran claimed that an alleged sabotage team detained over the weekend were Kurdish opposition forces working on behalf of Israel to blow up a “sensitive” defense site in Isfahan, Reuters reported.

The report cited an Iranian Intelligence Ministry statement as saying that those arrested belonged to the Komala Party of Iranian Kurdistan, and that they were recruited and given high explosives by the Mossad spy agency.