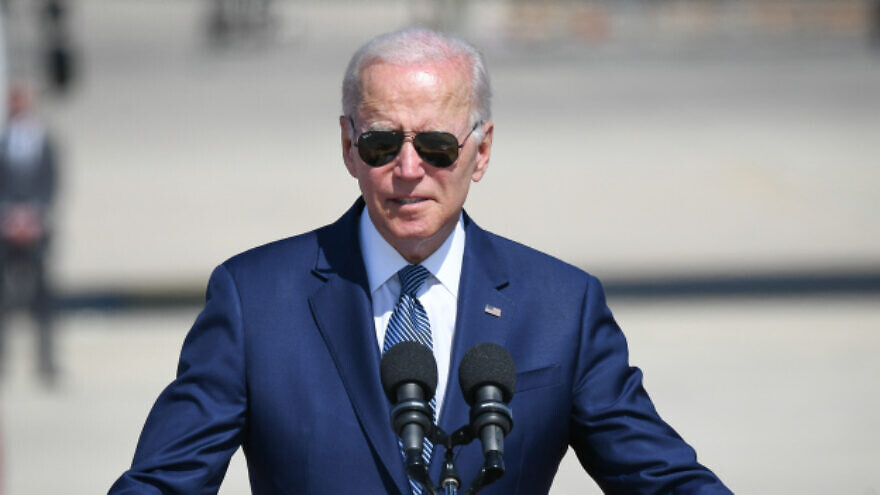 (November 30, 2022 / JNS) Questions abound about how U.S.-Israel relations will unfold now that the midterm elections are history. Will the White House move closer to Israel’s tough policy on isolating the Islamic Republic of Iran? Will Biden seek to strong-arm Jerusalem into a bad territorial deal with the Palestinians? Will the State Department build on the Abraham Accords to normalize relations between Israel and additional Muslim-majority countries?

Daniel Pipes, the president of the Philadelphia-based Middle East Forum, told JNS, “Perhaps the most important thing [former U.S. Secretary of State] John Kerry ever said in his long and undistinguished career was in 2016: ‘No. No, no and no….There will be no advance and separate [Israeli] peace with the Arab world without the Palestinian process and Palestinian peace. Everybody needs to understand that. That is a hard reality.’ ”

The prominent Mideast historian Pipes added, “His [Kerry’s] supreme confidence meant that, when the Abraham Accords came along, his and the Democrats’ entire interpretation of the Palestinian-Israeli conflict shattered. This seems to have had the happy consequence that the Democrats have stayed away from this topic. I hope and think that will continue to be the case.”

The Trump administration secured the most significant normalization agreement since Israel’s peace deal with Jordan in 1994, the Abraham Accords. The Abraham Accords solidified diplomatic relations between Israel and the United Arab Emirates and Bahrain in the Gulf region and Morocco and (a work in progress) Sudan in Africa.

When asked whether he views the Biden administration moving closer to Israel’s hawkish posture towards the Iranian regime, Pipes said, “Yes. Weirdly, it took Russian use of Iranian drones in Ukraine—an unrelated issue—to prompt the Europeans and Biden to realize that the mullahs are not cuddly. So, now there is a new wariness about Tehran, though no thanks to all those years of Israeli efforts.”

The U.S. and Israel air forces launched a two-day drill on Tuesday simulating strikes on Iranian nuclear facilities, suggesting a more assertive tone from Washington towards the jingoistic theocratic state.

The State Department has classified Iran’s clerical regime as the world’s worst state-sponsor of terrorism. But Tehran has rapidly advanced its nuclear weapons program since Biden entered into office in January 2021.

All of this helps to explain the fierce criticism of Biden’s attempts to cajole Iran’s rulers with $100 billion-plus in sanctions relief funds to impose a mere temporary restriction on their development of nuclear arms.

If the U.S. and the other world powers seal a new nuclear deal with Iran, it would mean a massive infusion of cash into Tehran’s coffers. Veteran Iran experts say that the regime would use the money to sponsor a new round of terrorism.

Pipes does not see the White House squandering valuable energy and resources on twisting Israeli arms to make concessions to the Palestinians. “I think not, both for the reasons explained above and because there are now real crises to deal with,” he said.

Asaf Romirowsky, the executive director of both the Association for the Study of the Middle East and Africa (ASMEA) and Scholars for Peace in the Middle East (SPME), told JNS, “The elevation [on Nov. 22] of Hady Amr to [U.S.] special representative for Palestinian affairs signals a desire by the Biden administration to attempt to recentralize the Palestinian agenda. This goes in line with other Biden representatives like U.S. ambassador to Israel, Thomas Nides, and [Deputy Assistant Secretary ] Elizabeth Campbell, formerly UNRWA’s Washington lobbyist, and others to highlight how Biden is following the Obama administration’s playbook of ‘tough love’ vis-à-vis Israel, rushing to embrace Iran and a perilous nuclear deal that has terrified Arabs and Israelis alike.”

Critics say UNRWA [the United Nations Relief and Works Agency for Palestine Refugees] perpetuates the conflict between Israel and the Palestinians.

“Support for Palestinian causes like UNRWA, as well as … hysteria about Israeli construction in the West Bank [Judea and Samaria], are sops thrown to the shrinking number of ideologues who think the world revolves around Palestine. All of this has deflected from the importance of the Abraham Accords which should be bolstered,” said Romirowsky.

Nides recently backtracked from his January 2022 statement that he would not visit Judea and Samaria, paying a shivah visit in mid-November to the family in mourning of Tamir Avihai, who was killed in an act of vehicular terrorism carried out by a Palestinian terrorist. Avihai, a father of six, was from Kiryat Netafim, near Ariel in Samaria.

The U.S. embassy said Nides’s visit was not about a change of policy regarding visiting “settlements” but rather his custom of visiting the victims of terrorism.