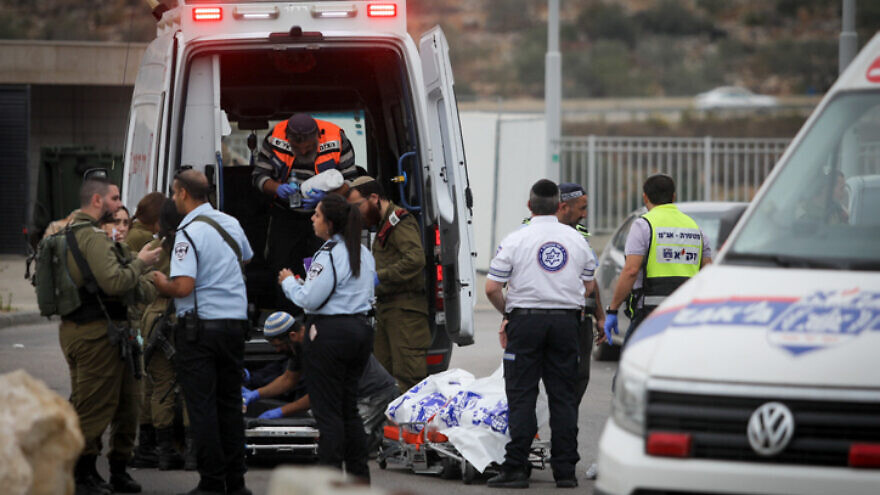 Three Israelis were killed and three others wounded in a Palestinian terrorist attack in and around Ariel in Samaria, November 15, 2022. Credit: Flash90.
Spread the word.
Help JNS grow!
Share now:

(November 15, 2022 / JNS) Three Israelis were killed and three others wounded on Tuesday when a Palestinian terrorist went on a stabbing spree in Ariel in Samaria.

The assailant stabbed one person at the entrance to the Ariel Industrial Park and two others at an adjacent gas station, according to the Israeli military. 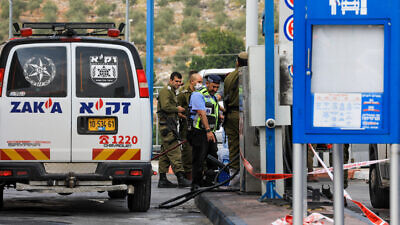 Israeli security and rescue personnel at the scene of a terrorist attack in Ariel, Nov. 15, 2022. Credit: Jamal Awad/Flash90.

He then fled the scene in the stolen vehicle, which he subsequently slammed into several cars on Route 5 before exiting the car and stabbing another person, and then stealing a second vehicle and driving it against traffic.

At this stage, security personnel shot and killed him. 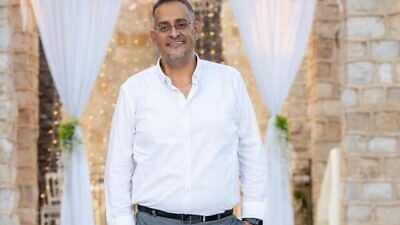 Israeli Tamir Avihai was killed by a Palestinian terrorist near Ariel on Nov. 15, 2022. Credit: Courtesy.

The Palestinian Authority Health Ministry identified the terrorist as Muhammed Souf, 18, from the town of Haris.

The IDF was conducting a search for a second suspect in connection with the attack. 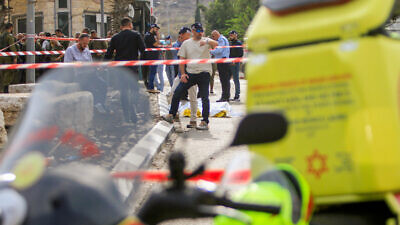 Israeli security and rescue personnel at the scene of a terrorist attack in Ariel, Nov. 15, 2022. Credit: Jamal Awad/Flash90.

Prime Minister Yair Lapid released a statement following the attack, stating, “The citizens of Israel awakened today to a difficult and painful morning. A despicable terrorist has carried out a heinous terrorist attack in Ariel. On behalf of the Government and State of Israel, I send my condolences to the families of those murdered and my wishes for a speedy recovery to the wounded.

“We are relentlessly fighting terrorism with the full might of…the security forces,” the statement continued, adding, “Recently, we have succeeded in dismantling extensive terrorist infrastructure and planning, but we must fight this war every day anew. Our security forces are working around the clock to protect the citizens of Israel and target terrorist infrastructure anytime, anywhere.”

Prime Minister-designate Benjamin Netanyahu wrote on Twitter: “Praying for the peace of those injured in the serious attack in Ariel and strengthening the security forces operating in the area.”

United States Ambassador to Israel Tom Nides similarly weighed in on the social media platform: “Horrified by the rampage of one terrorist today in Ariel that left three Israelis dead, and as many wounded. My heart goes out to the grieving families and those injured. This senseless violence needs to stop!” the American envoy wrote.

Horrified by the rampage of one terrorist today in Ariel that left three Israelis dead, and as many wounded. My heart goes out to the grieving families and those injured. This senseless violence needs to stop!