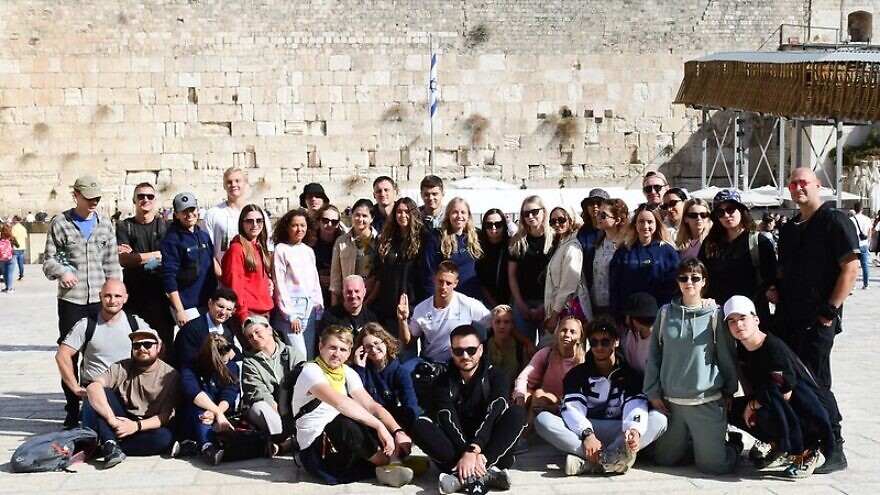 (January 3, 2023 / JNS) Hundreds of Jews aged 18 to 30 from the former Soviet Union, eager to join Masa Israel Journey’s two-to-12-month study, service and career development programs, have been unable to do so for lack of funding.

Taking up the challenge, the Jewish Agency for Israel announced that it raised an impressive $3 million in 24 hours. The money will be used in order to accept hundreds of Masa Israel applicants who were placed on a waiting list pending budgetary approval.

The Jewish Agency turned to the Mandel Foundation and to the Ukraine Crisis Relief Fund of the Jewish Federations of North America, which immediately committed $3 million that is currently in the approval process of being matched by the government of Israel for a total of $6 million.

“When we learned of the additional young Jews from Russia and the FSU who wanted to join Masa, there was no question we had to do everything to make it happen,” said Jewish Agency Chairman Mark Wilf. “I am tremendously moved by the immediate response of our partners at Jewish Federations and the Mandel Foundation.”

Stephen Hoffman, chairman of the Jerusalem-based Mandel Foundation, said, “Fostering Jewish leadership is a core mission of the Mandel Foundation and I’m delighted that, together with the Jewish Federations of North America, we are able to help additional young Russian and FSU Jews participate on a meaningful Masa Israel Journey program which will undoubtedly enrich both their futures and that of the State of Israel.”

While approaching the Mandel Foundation and JFNA to raise the $3 million, the Jewish Agency stressed that Masa programs are a ticket to full integration, language and job market success in Israel.

“Masa is the flagship program for young Jews to connect with Israel and I am grateful we are able to offer them this wonderful opportunity,” said Wilf.

As the Jewish Agency saw the number of those making aliyah from the FSU rise, it worked with Masa to increase the number of program scholarships available to participants from the region. When the Masa budget was finalized, 1,550 scholarships were budgeted for young Jews from Russia, Belarus and Ukraine.

Now that the new year has begun, Masa has received hundreds of additional applications for these pre-aliyah/employment training courses, exceeding the budgeted slots. The financial need for these unbudgeted participants totaled $6 million.

“The opportunity to bring these young people to Israel from Russia, Ukraine and Moldova goes directly to the heart of who we are as a Jewish people,” said JFNA Chair Julie Platt. “Our Jewish Federations did not hesitate, immediately raising the necessary emergency funds for Masa to expand its capacity during this difficult period.

“Moments such as these make me truly proud of the global support network that Jewish Federations have built to respond to the needs of Jewish communities, not just in North America, but in Israel and across the globe,” said Platt.

Masa’s 200+ pre-aliyah programs offer an immediate response for thousands of young people from the FSU looking to integrate and build new lives in the Jewish state.