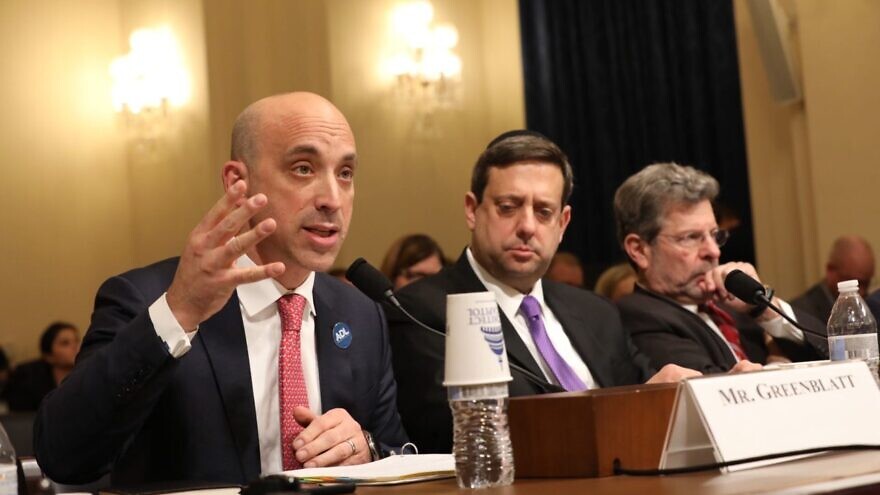 (November 11, 2022 / JNS) The Anti-Defamation League announced on Thursday that it has acquired Jewish investor network JLens, in a bid to become more prominent in corporate advocacy.

The ADL, whose stated mission to fight anti-Semitism has often been carried out through political lobbying, media campaigns and partnership building, said it feels it needs to enter a new front, with a seat in corporate boardrooms.

“You think about the ADL lobbying Congress or making a pilgrimage to this town or to that city council. But I think we’re living in a world where so much of our lives is mediated by brands, where there’s a high degree of cynicism about elected officials and political parties and the news media,” Jonathan Greenblatt, CEO and national director of the ADL, told JNS. “And so influencers- often in the form of brands- are the way people identify and interpret the world.”

JLens, which advises Jewish donors and organizations on values-based investment opportunities, has been at the forefront of exposing BDS practices within the burgeoning ESG (environmental, social and governance) investment movement, whose aim is to advise on and promote socially-conscious corporate investment. JLens manages a $200 million fund, with investments in some of the largest companies in America, providing them a say in their shareholder meetings.

JLens initially brought to public attention alleged anti-Israel bias within the investment ratings system at Sustainalytics, a subsidiary of investment firm Morningstar, which is now under investigation by at least 19 states for potential violations of anti-Israel boycott laws and other practices.

“It’s a great opportunity for JLens to scale our work and our impact and take it to the next level,” Julie Hammerman, JLens CEO and founder, told JNS. “We’ve worked with the ADL for many years and we collaborate on a lot of issues around the corporate space. It’ll help both of our efforts in this area. JLens will get the scale, the resources and the reputation of the ADL, and they will get all the expertise that JLens brings from the investor space and the corporate advocacy arena.”

Hammerman will now be able to bring on two additional members to a small staff, including hiring a day-to-day director.

While the ADL has been involved in pushing corporations like Unilever, Facebook and others to clamp down on anti-Semitic activity within their respective purviews, the acquisition of JLens will provide the organization with a seat inside valuable corporate boardrooms, with more direct influence on policy.

The recent decisions by a number of companies to separate themselves from entertainer Ye (formerly Kanye West) following his repeated anti-Semitic comments brought to the forefront the importance of this idea. While Adidas announced an anti-hate partnership with the ADL on Thursday, had there been a functioning corporate relationship between the two before the West controversy, the ADL and JLens might have been able to affect quicker change in the apparel giant, which dragged its feet in dissolving its lucrative branding partnership with West.

Greenblatt said his position allows him to reach out to any CEO, but those fighting anti-Semitism and anti-Israel activity need a “ground game that will not just get us in the door, but have a seat at the table.”

Meanwhile, Hammerman said JLens will continue to keep a watchful eye on the ESG movement, which hardened anti-Israel activists have long endeavored to exploit to bring an anti-Israel agenda into the shareholder advocacy space.