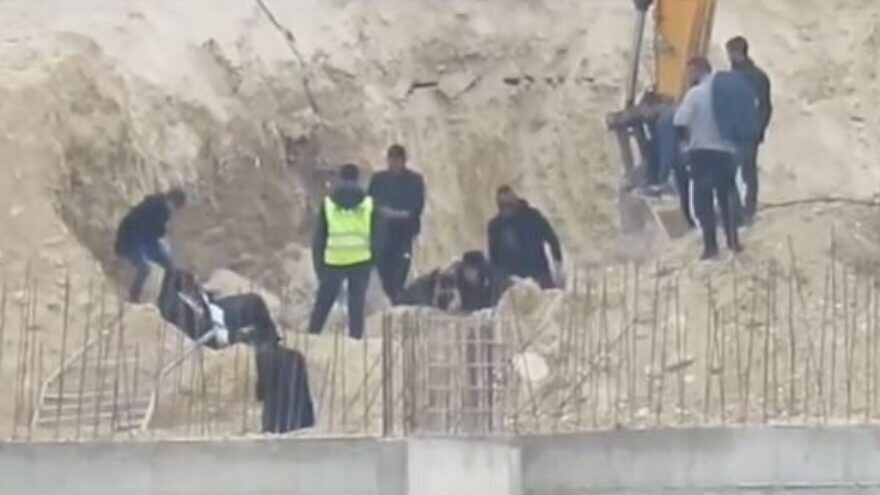 (February 3, 2022 / JNS) A group of Arab workers attacked haredi (Orthodox Jewish) protesters at a building site in Jerusalem on Wednesday, according to a video report shared by the website Kikar HaShabbat.

The attack took place in the city’s Gilo neighborhood when haredim arrived at the worksite and started protesting the construction.

They broke into the worksite and the workers started striking and stoning them. The scene was captured on film by a passerby.

In the video, the Arab workers are seen kicking the men while they are on the ground and tossing away their hats.

One of the protesters was injured and rushed to receive emergency care at the Hadassah Medical Center. The hospital was contacted but did not confirm the information.

Israel Police said that there have been intermittent protests around the work complex in recent weeks and that some of the protestors have themselves used violence against the staff.

Security guards have been placed at the complex.

Police added that on Wednesday night, dozens of haredim again showed up at the worksite, and threw stones and “risked their lives” by lying under the wheels of the trucks. They also confronted the guards.

Police forces arrived and restored order; they said they were unaware of any incident on Wednesday evening.

“To the extent that a complaint is received by the police regarding violence by the security guards against protestors, it will be thoroughly investigated and treated accordingly,” the police told JNS.