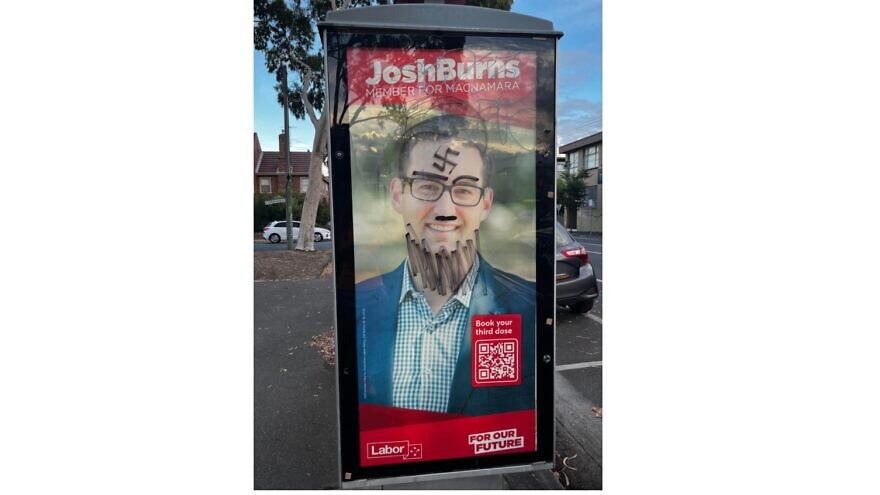 (February 28, 2022 / JNS) A campaign poster for a Jewish parliamentary member in Australia was defaced with a swastika and other graffiti last week.

The poster for Josh Burns, a Labor Party MP, was placed in a bus shelter in Victoria. In addition to the swastika that was drawn in black marker over a picture of Burns’s face, there was also a beard and eyebrows drawn over his face, reminiscent some social media posters said, of Hitler.

Posting on Twitter, Burns wrote, “There’s no place for the swastika in Australia. I’m not putting this up for sympathy—to be honest, I’ve got thicker skin than that. But I’m putting this graffiti up as a reminder that there are some lines that shouldn’t be crossed.”

Daniel Aghion, president of the Jewish Community Council of Victoria told J-Wire, “The JCCV condemns the antisemitic defacing of a poster of Josh Burns, Member for Macnamara. It is notable that Mr. Burns is Jewish. The attack is therefore personal, offensive and designed to intimidate.”

The poster has since been cleaned.