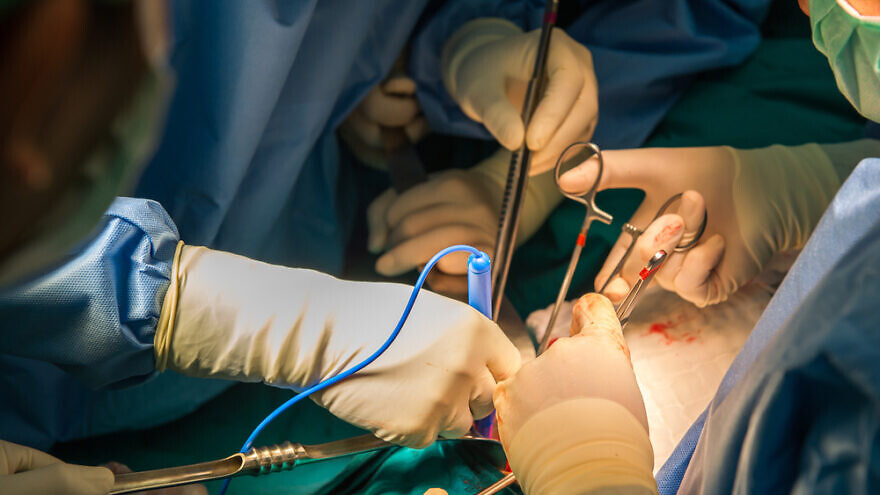 (November 24, 2022 / JNS) Using a “bionic micro-kidney,” researchers at the Hebrew University (HU) say they have identified a new mechanism of antibiotics-induced kidney damage.

Antibiotics of the commonly-used aminoglycoside type cause kidney damage in up to a quarter of hospitalized patients, posing a major problem for the more than 37 million Americans estimated to suffer from chronic kidney disease, according to the Center for Disease Control (CDC), the university said in a statement. So much so that the U.S. Federal Drug Administration (FDA) considers the development of antibiotics for patients with chronic kidney disease to be a national priority.

The team of researchers, led by professor Yaakov Nahmias, director of HU’s Grass Center for Bioengineering and founder of HU spin-off biotechnology startup Tissue Dynamics, developed a biochip with electro-optical sensors—roughly half the width of a single human hair—that are embedded in human kidney tissue. This “bionic micro-kidney” emulates normal human physiology far better than animal models, according Nahmias.

“Most work in the drug development field is being carried out in mice,” said Nahmias, “and the mechanism we found is human-specific.”

The biochip, developed in partnership with Tissue Dynamics, allowed the team to measure the accumulation of glucose accumulation, which led to rapid lipid accumulation and kidney damage.

By blocking glucose reabsorption in the kidney using the diabetes drug empagliflozin, the team was able to also block the antibiotic toxicity.

The research, which was published in the Royal Society of Chemistry’s Lab on a Chip journal, was “dramatic demonstration” that bionics blending sensors with human tissue have the potential to “rapidly propel” drug development, said Nahmias.