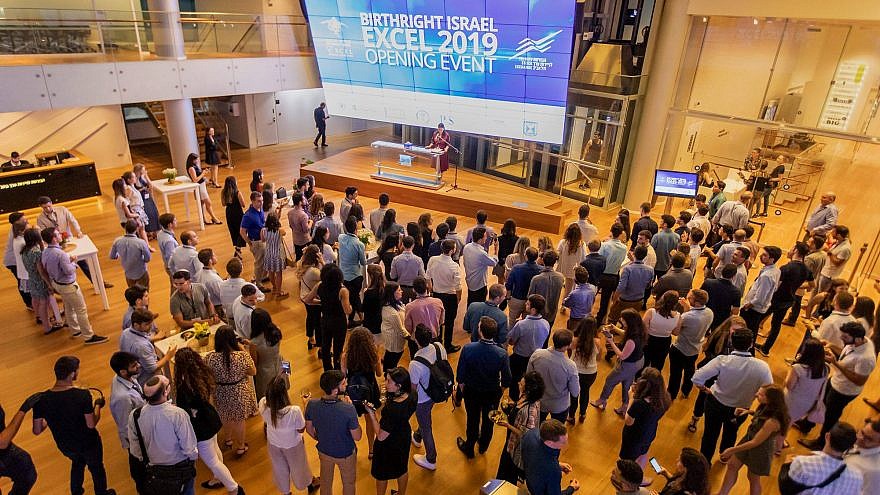 Sure, they had applied to the Birthright Israel Excel program for a once-in-a-lifetime opportunity to intern at Israeli offices of such top global companies as Facebook, Visa, Microsoft, Ernst & Young (EY) and Barclay’s.

And certainly when it comes to skill-building and contact-forging, to strengthening tomorrow’s business ties between Israel and North America, Excel delivers. After all, the development program has been mentoring Jewish college students and young adults in Israeli firms—nearly 800 of them to date—since 2010. And because they have a field of 2,000 applicants to choose from, the program accepts many of the brightest of the Jewish American college students who apply.

Livvy Gordon was among them. Over at the offices of venture-capital firm Greenfield Partners, the Georgetown University global business student pulls up a report she’d generated with data needed for the team to decide whether or not to invest in a particular company that had approached them for funding.

“It’s been an amazing opportunity to get experience inside the Israeli economy,” says Gordon. “I’ve learned so much during a really short time.”

The value goes both ways, says Gordon’s mentor Raz Mangel. “Livvy’s contributed so much to our sourcing research on these companies. She’s been able to pick colleagues’ brains, and in a steep learning curve for a college kid got quickly up to speed, saving the rest of the team endless hours of research and compiling.” 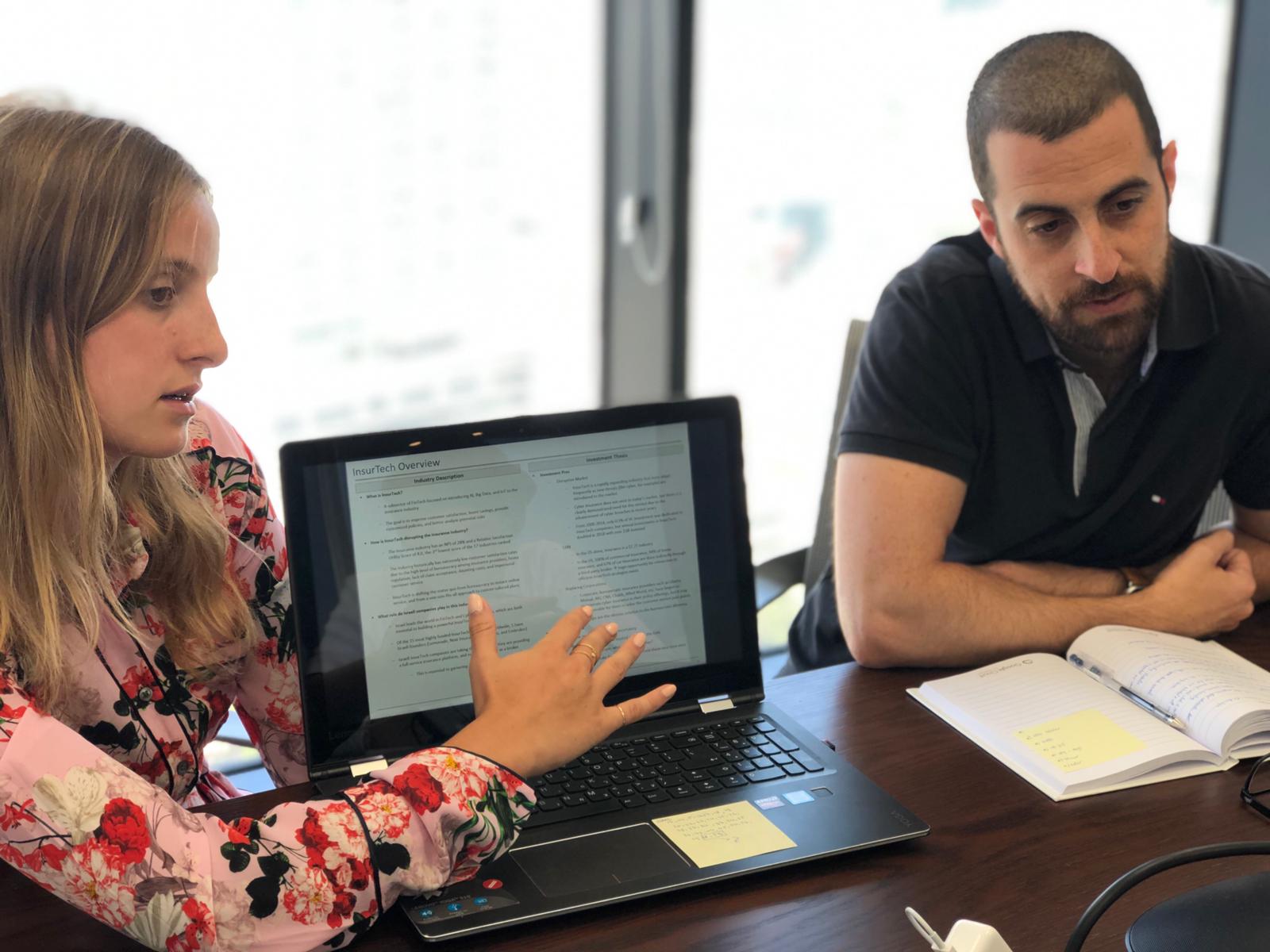 In addition to new skills, like other Excel fellows over the years, Gordon has also picked up the confidence needed to present her findings and analyses at the team’s weekly meetings. (Of the 54, only 44 interned at Israeli businesses; the other 10 were involved in an accelerator for future entrepreneurs).

So, where exactly does the “so much more” enter into it?

The program was designed to create bonds that are as personal as they are professional. For starters, the mentors take a deep interest in their fellows. Gordon, for instance, was a guest at Mengel’s wedding this summer.

What’s more, each American is paired with an Israeli peer, and they all share living space in a Tel Aviv hostel, spending evenings and weekends together at lectures, parties and tours.

“These are bonds that continue to grow over the years,” says Excel executive director Idit Rubin. “Their connection to the Jewish homeland is so strong that when they get home, they’ll be ambassadors able to tell everyone they meet about the Israel they know—that the Israel they see in the news isn’t necessarily what Israel really is.”

Excel was born a decade ago when longtime Birthright funders Michael Steinhardt and Lynn Schusterman approached the Birthright team with an idea: We’re already bringing thousands of young Jews each year to Israel for 10-day experiences, but what about future Jewish business leaders, their reasoning went. As tomorrow’s leaders, they have so much to offer Israel, and it’s a connection that needs to be built upon—something that could take 10 weeks, not 10 days. Soon, Paul E. Singer of the Singer Foundation joined the group, and today, Rubin reports, Excel also receives support from the Birthright Foundation and the State of Israel.

The idea intrigued Yoram Tietz, who as managing partner of EY, the largest accounting firm in Israel, is in a position to connect the fellows with top mentors from across Israel’s business world. “I felt it was time for me to give back and, since time is the scarcest of all resources, I wanted to use mine strengthening the bonds between Israeli and American businesses well into the future. So I told Michael (Steinhardt) I’m in it for at least 20 years; it’s going to take that long to see results.”

Only it hasn’t. Now nearly halfway there, “I never expected we’d flourish the way we have,” says Tietz. “It’s turned out to be a great blend of professional and personal development—the brightest students and the top companies. The result is powerful connections that last.” 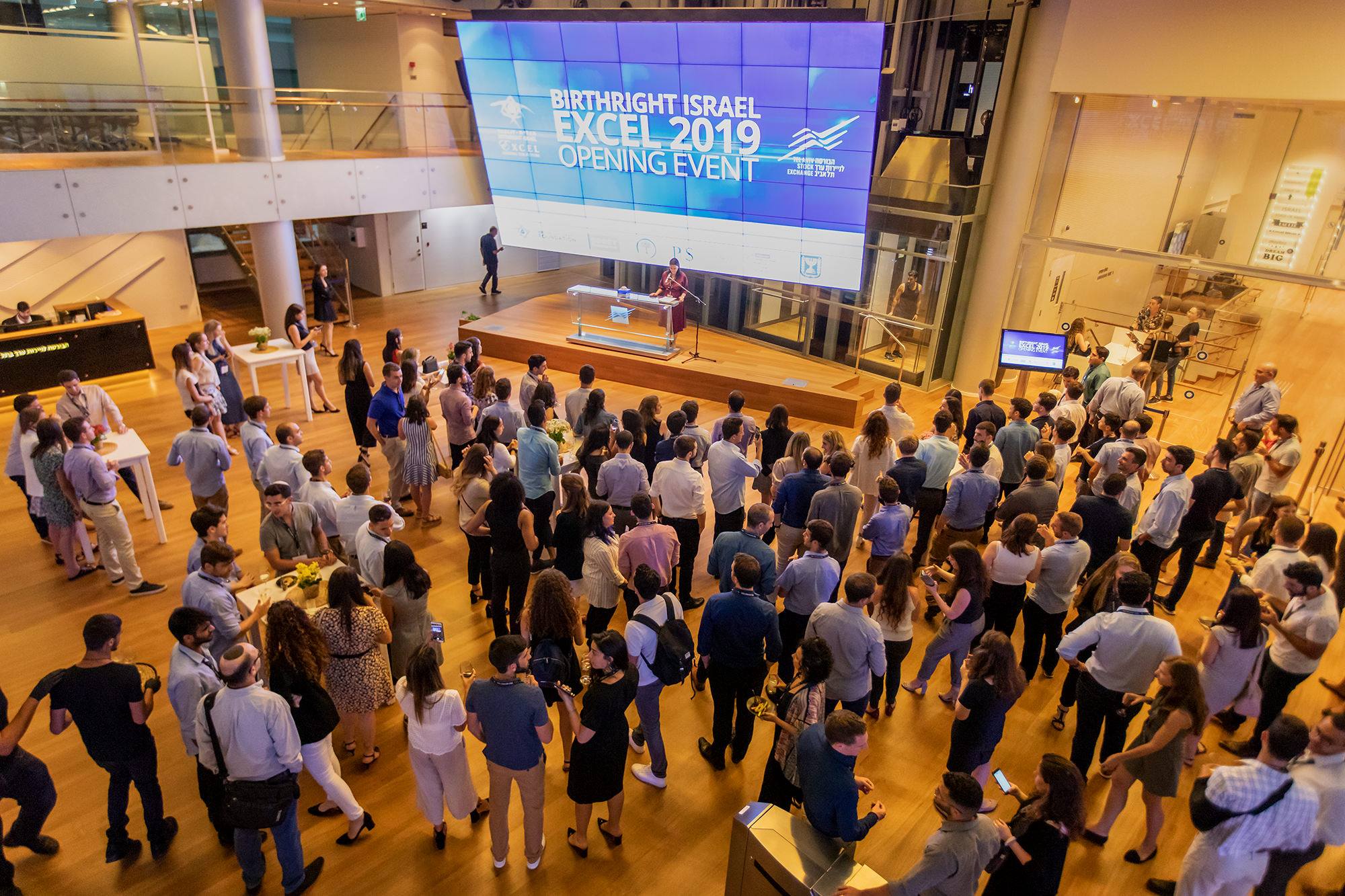 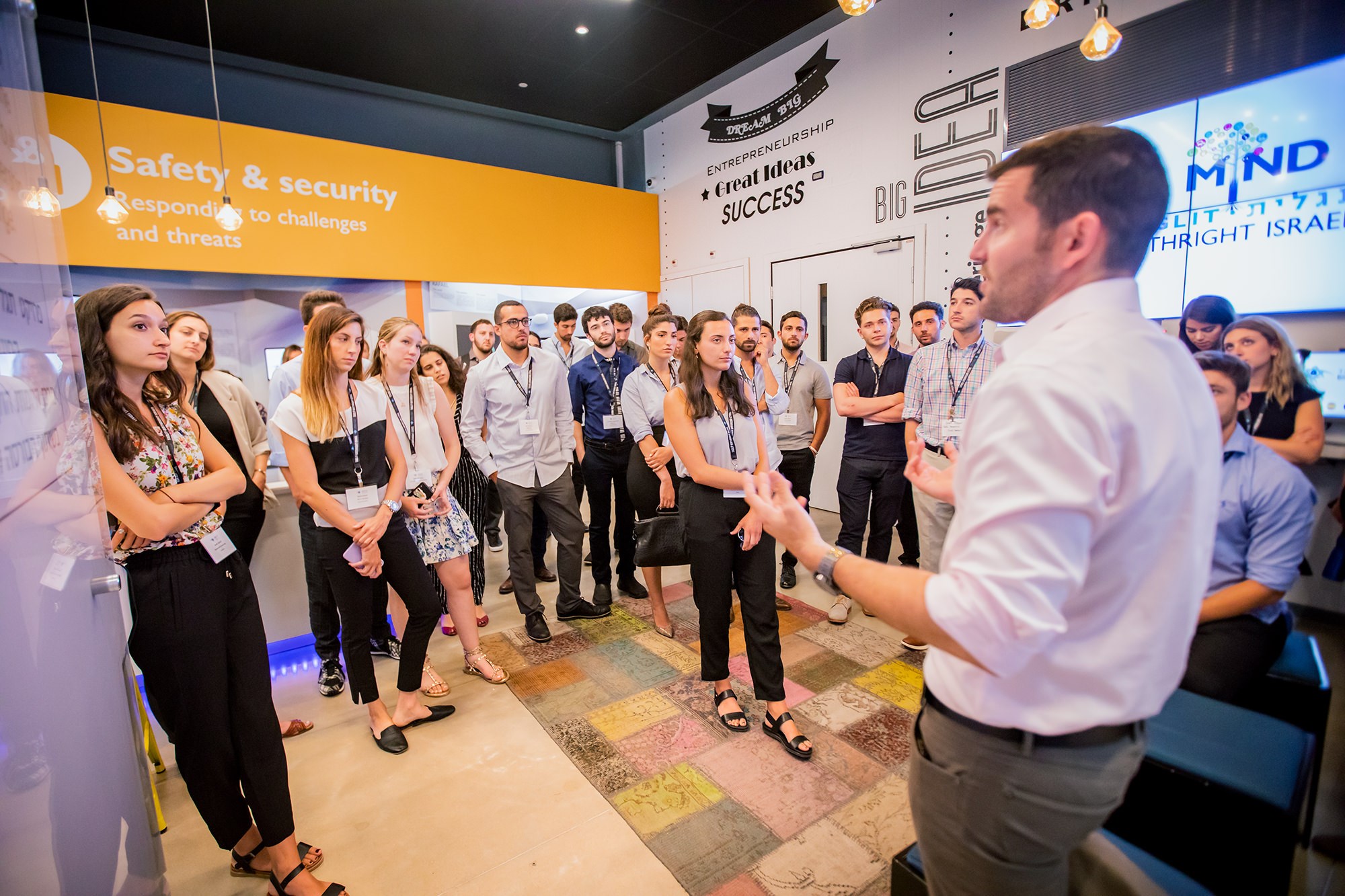 One unexpected bonus: Tietz was pleasantly surprised when two summers ago, his son Jonathan told him that he’d signed onto Excel as an Israeli participant. His experience was so positive that he’s just joined the Excel board.

In many ways, the heart of the program is the bond forged between the Americans and Israeli peers, such as young Tietz, who often show their new American friends places in Israel most tourists never see.

“My peer is like an Israeli version of me,” says Andrew Carlins, a Duke University junior who spent the summer helping EY develop a searchable data base of hundreds of Israeli startups. “All the work I did, it was only at the end that the value of it came together for me.”

Still, he says, “It was satisfying and I learned a lot, but that was not the main point of Excel for me. Mostly, it was amazing getting to know Israelis and how they live, and becoming friends without in any way judging each other.”

Adam Pukier, also an EY fellow, was inspired to apply after his cousin had raved about his Excel experience in 2017. “He had the time of his life,” says Pukier. “But when I heard how selective it is, I never expected to be accepted.”

He’s happy he was wrong. As an engineering major at Toronto’s Queens University, Pukier was fascinated by “the interfacing between large multinational companies and small cutting-edge Israeli startups, and how to help the big companies engage the Israeli technology the world needs so badly now.”

Excel, he says, “gave me the opportunity to see how big corporations work and get my fingertips into the Israeli startup world. That, plus being able to spend a summer living so closely with Israelis, gives me a deeper, more personal experience of Israel, the dreams and aspirations of the kids here, a new connection to these people and this place.”

“We recognized many years ago that when we look into the future, these young students are going to play important roles in their home countries. The fact that they return home as part of a long-distance community with Israelis they have so much in common with and with supportive mentors, is key to a strong future,” says Bauer.

The proof of the proverbial pudding? Bauer recently met a 2017 Excel fellow now graduating from college. As he told her: “I realize now I only want to work with companies that build Israel.”

Pukier says his view of his future has also changed in these 10 weeks. “Now I know I don’t want to jump right into a corporate job immediately,” he says. “Having had a chance to work with people doing amazing things right out of school or the army has shown me I don’t have to settle for anything I’m not passionate about. I want to have an impact and add value, and there are a lot more opportunities out there to do that than I ever realized.”

To keep the momentum strong, Excel hosts a summit for the 780 former fellows in the United States each fall and promotes networking, grant opportunities and partnerships of varying kinds (at least two marriages have already resulted from the program).

“Excel a lifelong fellowship,” says Rubin. “This summer was only the beginning for them.”

“I was already active in Israel advocacy at school,” says Gordon. “But now that I have friends here, I’m part of Israel in a new way.”

Adds Carlins: “Now I can tell everyone what it’s really like in Israel. It’s nothing I could have ever learned from a book or in class.”

And who knows what these young Jews will decide to do with their future?

“Any time Livvy wants to come back here and work for us,” says mentor Mangel, “we’d be happy to have her.”