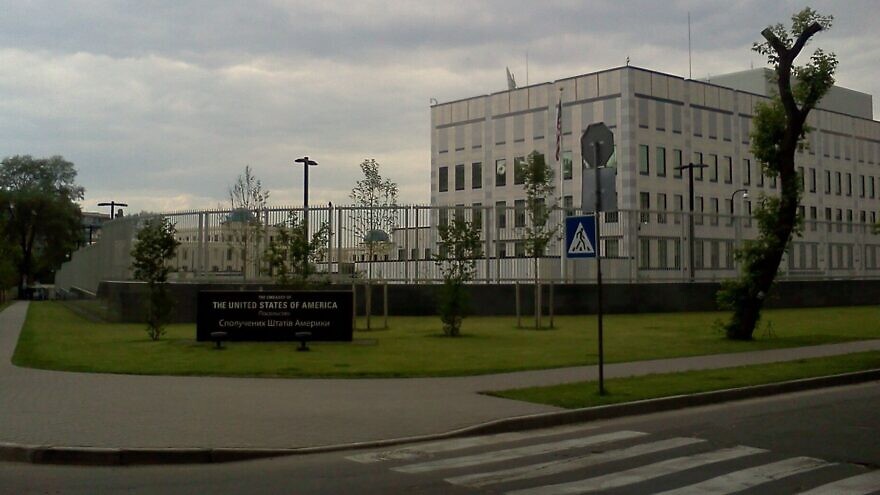 (May 18, 2022 / JNS) U.S. Secretary of State Antony Blinken announced on Wednesday the official resumption of operations at the U.S. embassy in Ukraine since the start of Russia’s incursion on Feb. 24, raising the American flag over the building in Kyiv for the first time in three months.

Blinken said in a news release that the reopening of the embassy comes with enhanced security measures and protocols for additional safety of the personnel.

“When we suspended operations at the embassy, we made the point clear: While we would relocate U.S. embassy personnel for their safety and security, this would in no way prevent our engagement with, and support for, the Ukrainian people, government, and civil society as well as our allies and partners. We underscored our commitment to Ukraine’s sovereignty and territorial integrity, pledged to continue our assistance and started working toward the day we could return to Kyiv,” Blinken said in the release.

“Now, that day has come,” he said. “Today, we are officially resuming operations at the U.S. embassy in Kyiv. The Ukrainian people, with our security assistance, have defended their homeland in the face of Russia’s unconscionable invasion, and, as a result, the Stars and Stripes are flying over the embassy once again. We stand proudly with—and continue to support—the government and people of Ukraine as they defend their country from the Kremlin’s brutal war of aggression.”

“Russia’s forces inflict death and destruction on Ukrainian soil every day. Millions of Ukrainians are displaced from their homes and mourn the loss of their loved ones,” he said. “With strength of purpose, we reaffirm our commitment to the people and government of Ukraine, and we look forward to carrying out our mission from the U.S. embassy in Kyiv.”