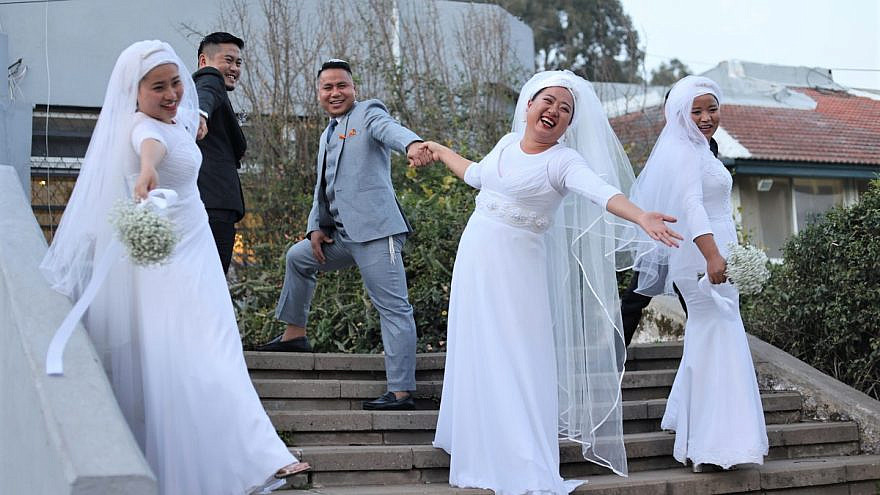 Eleven Bnei Menashe couples who immigrated to Israel from northeastern India were remarried in a group ceremony near Netanya after completing their formal conversion to Judaism by the Chief Rabbinate, Feb. 3, 2021. Photo by Laura Ben David, courtesy of Shavei Israel.
Spread the word.
Help JNS grow!
Share now:

(February 4, 2021 / JNS) Eleven Bnei Menashe couples who immigrated to Israel from northeastern India were remarried in a group ceremony at Shavei Israel’s absorption center near Netanya after completing their formal conversion to Judaism by the Chief Rabbinate.

The 11 couples were among 257 new Bnei Menashe immigrants who arrived a few weeks ago thanks to the Jerusalem-based nonprofit Shavei Israel, and Minister of Aliyah and Integration Pnina Tamano-Shata. The 11 couples hail from the northeastern Indian states of Manipur and Mizoram, and plan to settle in the city of Nof HaGalil, formerly known as Upper Nazareth, in the north of Israel.

“We wish the couples a hearty mazal tov—and much joy, health and success in their new home,” said Shavei Israel founder and chairman Michael Freund. “After realizing their dream of making aliyah, these couples have an additional reason to celebrate. Despite the pandemic, they have now been remarried in a traditional Jewish wedding ceremony that symbolizes the new lives they are building in the Jewish state.” 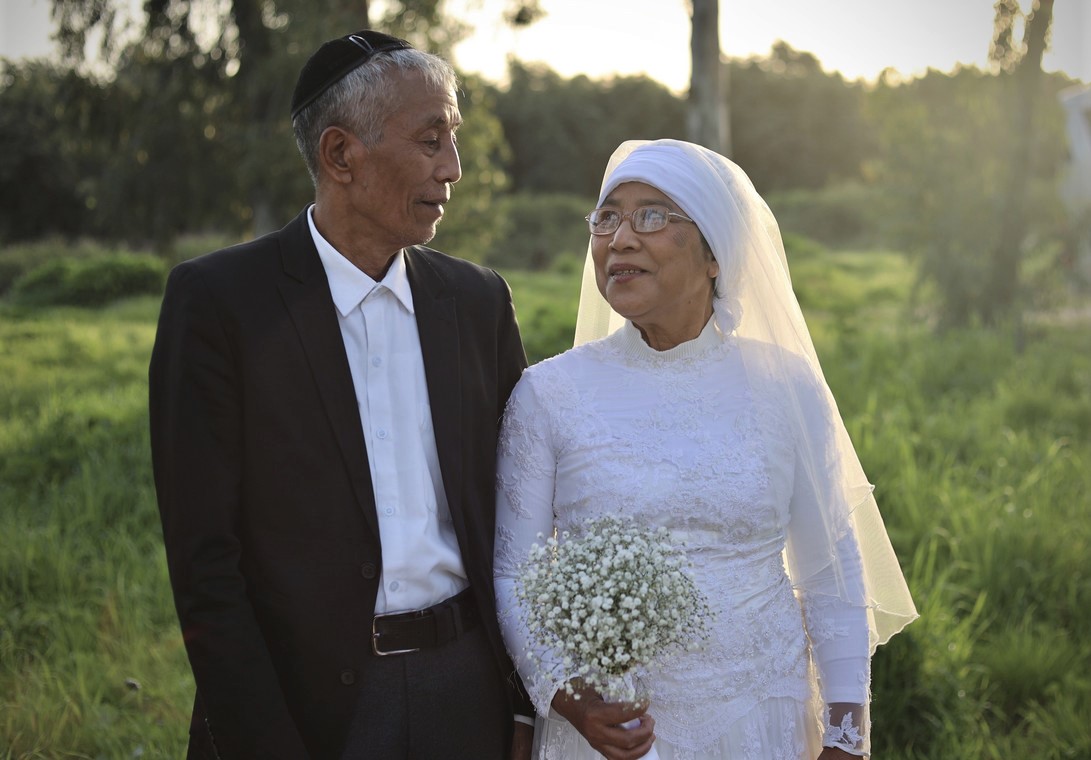 In light of coronavirus restrictions, the ceremonies were conducted with permission from Israel’s Home Front Command and in accordance with Israeli Ministry of Health regulations.

Among the couples were Maccabi Hnamte, 72, and Sarah Hnamte, 70, from the northeastern Indian state of Mizoram, who have been happily married for 49 years. Their two children made aliyah to Israel in 2003; they hadn’t seen their parents for more than 17 years until their arrival in the Jewish state just two months ago.

“We’re very excited to join our children and grandchildren at last,” exclaimed the Hnamtes.

The Bnei Menashe, or sons of Manasseh, claim descent from one of the Ten Lost Tribes of Israel, who were sent into exile by the Assyrian Empire more than 27 centuries ago. Their ancestors wandered through Central Asia and the Far East for centuries before settling in what is now northeastern India, along the borders of Burma and Bangladesh.

Throughout their sojourn in exile, the Bnei Menashe continued to practice Judaism as their ancestors did, including observing the Sabbath, keeping kosher, celebrating the festivals and following the laws of family purity. They continued to nourish the dream of one day returning to the land of their ancestors, the Land of Israel.

Shavei Israel has helped more than 4,000 Bnei Menashe come to Israel and plans to bring in more members of the community. Currently, some 6,500 Bnei Menashe await their return to the Jewish homeland. 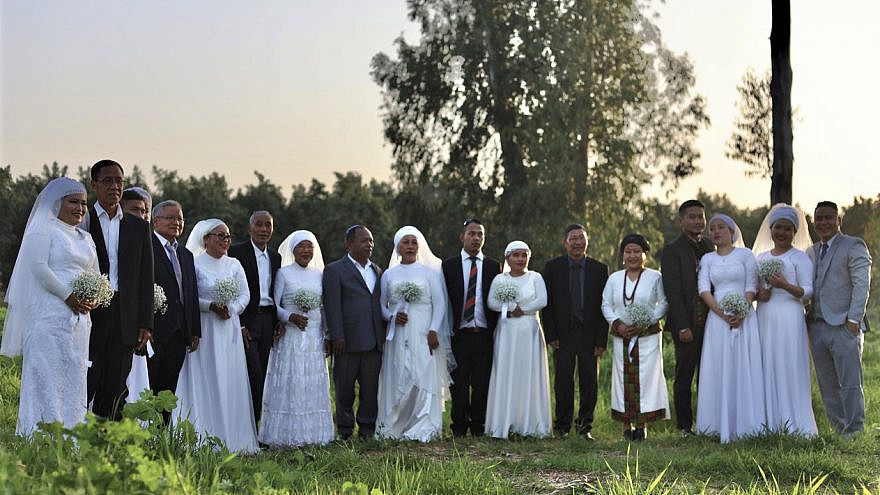 The 11 Bnei Menashe couples who chose to remarry in a group ceremony on Feb. 3, 2021. Photo by Laura Ben David.
Republish this article in your newspaper or website